Scotland-Based BrewDog Brewery is Opening a Taproom in Pendleton

BrewDog has more than 60 breweries across the globe, with a U.S. headquarters — and craft beer hotel — in Columbus, Ohio 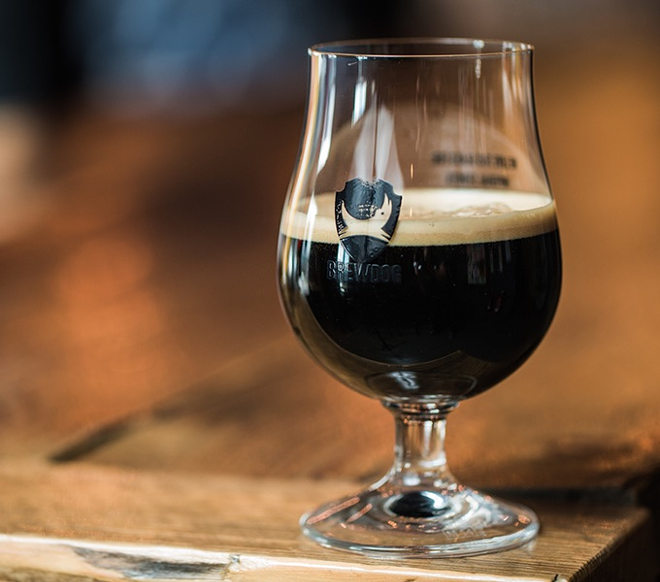 The brewery, which is located at 316 Reading Road, is slated to open the week of Nov. 11, according to a release. It will be BrewDog's second-largest bar in the United States. BrewDog has American locations in Columbus and Indianapolis in addition to global spots in 60 countries including Germany, Spain, France and Finland, among others.

The brewery was founded in Scotland in 2007 and crafts beers "that blows people’s minds and (have) kick-started a revolution," according to its website. BrewDog co-founders James Watt and Martin Dickie also created a crowdfunding campaign called Equity for Punks in 2010 that has made an "army of punk shareholders" which has allowed "the Scottish craft brewery to scale up without selling out."

You may have heard of BrewDog and its craft beer airline, BrewDog Airlines, which earlier this year held an inaugural flight from London to Columbus, Ohio — home of BrewDog's U.S. headquarters and its craft beer hotel, The DogHouse. The flight held 200 of the company's "Equity Punks," aka its investors. The flights include an "immersive craft beer experience at 35,000 feet" with a cabin crew that has been replaced by Cicerone-trained attendants offering samples of beer, including BrewDog's Flight Club, which has been formulated to help "combat the effects of high altitude on beer."

People really liked flying on an airplane devoted to craft beer the first time around, so BrewDog started offering two roundtrip flights: one from London to Columbus and one from Columbus to Edinburgh, Scotland. The flights are reserved specifically for BrewDog's Equity Punks. And while most "punks" are located in the U.K., since BrewDog opened its HQ in Columbus in 2017, more than 13,760 Americans have signed on to become shareholders.

In addition to ever-expanding global breweries and additional experiences, BrewDog also faced controversy earlier this year when they were accused of co-opting branding and marketing created for them by an ad agency without crediting or paying the agency.