National Chili Day is Feb. 27. Here are seven interesting things you can put in your mouth to honor the occasion. 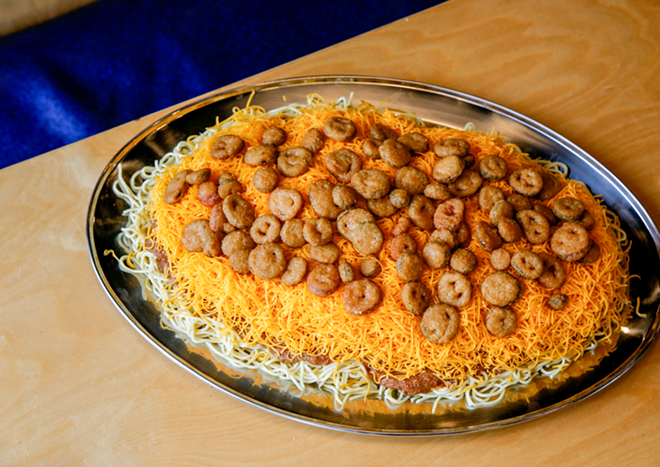 National Chili Day is Feb. 27. And for some people that means traditional chili — like chili with beans in it. But we don't play that way in Cincinnati.

Here, we do Cincinnati-style chili. And that dish is full of loose, meaty goodness and a dash or two of several sweet spices. And a bunch of cheese.

If you want to celebrate the holiday in culinary style, here are several things you can eat...maybe not all in one day.

Blue Ash Chili goes big by offering several TV-approved iterations of a classic 3-Way. Their 6-Way comes with sliced jalapenos or fried bottle caps and was seen on Diners, Drive-Ins & Dives. And if a standard-sized chili serving just won't cut it, try the No Freakin' Way Challenge: 2.5 pounds of spaghetti topped with 2.5 pounds of chili, 2 pounds of shredded cheddar cheese and 1 pound of jalapeno caps for a total of 8 pounds of Cincinnati-style chili. If you eat it in 60 minutes, your meal is free, you get a T-shirt, a picture on the Facebook Hall of Fame and indigestion. If you fail, you owe them $39.99. Another weird option? The Lizard coney, which substitutes a fried pickle for a hot dog in the classic dish and tops it with chili, mustard, onions and shredded cheddar. Multiple locations including 9565 Kenwood Road, Blue Ash, blueashchili.com. 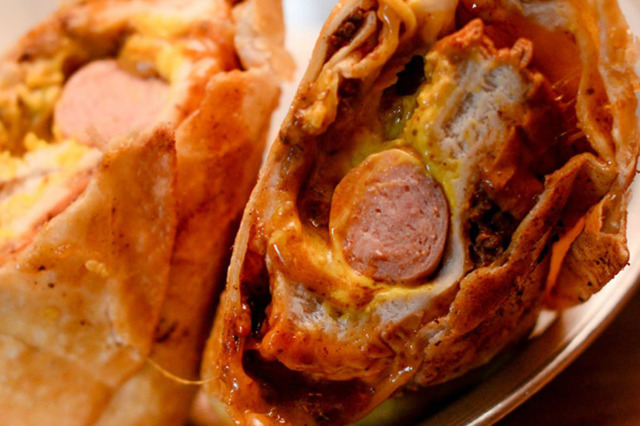 Northside Yacht Club brought back its beloved deep-fried chili cheese coney for the month of February. The limited-time "Cincinnati chimichanga" features a cheese coney wrapped in a tortilla that's layered with more cheese and chili, and then deep fried to golden perfection. The menu item is available in a vegan, vegetarian or "all the meats" options. 'It’s a monthly special each year, essentially the NSYC 'McRib,'" says owner Stuart MacKenzie. The deep-fried cheese delicacy costs $12 and comes with a side of fries. If you don't want a coney to celebrate National Chili Day, they also have lentil chili fries. Northside Yacht Club, 4231 Spring Grove Ave., Northside, facebook.com/NorthsideYachtClub.

Gold Star was once Hamburger Heaven, a Mount Washington hamburger joint purchased by the Daoud brothers in 1964. Since then, the menu has expanded to include Cincinnati-style chili, among other options. And Gold Star's Chili Burger highlights their history via two beef patties topped with Gold Star chili, Fritos (yes, those corn chips shaped kind of like fingernails), diced onions, mustard and cheddar cheese. 24 locations including 504 W. Fourth St., Covington, goldstarchili.com. 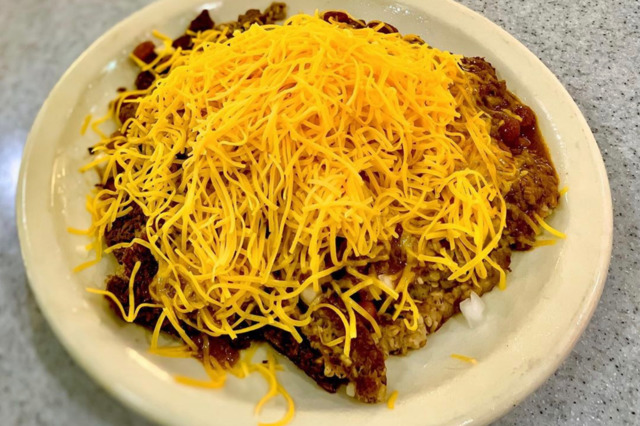 Cincinnati has many quirks when it comes to our staple culinary offerings. And the two that make up this particular food fusion at Camp Washington Chili are some of our more controversial. Dubbed the "513-Way," the dish includes three slabs of Queen City Sausage goetta — a German sausage-oatmeal-meat mixture that's typically fried up on a griddle — covered in Cincinnati-style chili, beans, onion and cheese. While it's considered "off-menu," people freaked out about it when the chili parlor put it on their social media in June 2019. 3005 Colerain Ave., Camp Washington, campwashingtonchili.com.

Opened by Greek immigrants in 1967 and still family owned, the diner boasts forest-green vinyl and vintage Formica and serves Cincinnati-style chili in bowls, on coneys and 3-ways, plus classics like all-day breakfast, double decker sandwiches and homemade pie. The Northsider omelet gives you the option of making your eggs a 3, 4, 5 or 6-Way. Start off with a base of eggs, cheddar cheese and chili then add onions, tomatoes, peppers or beans. 4154 Hamilton Ave., Northside, searchable on Facebook. 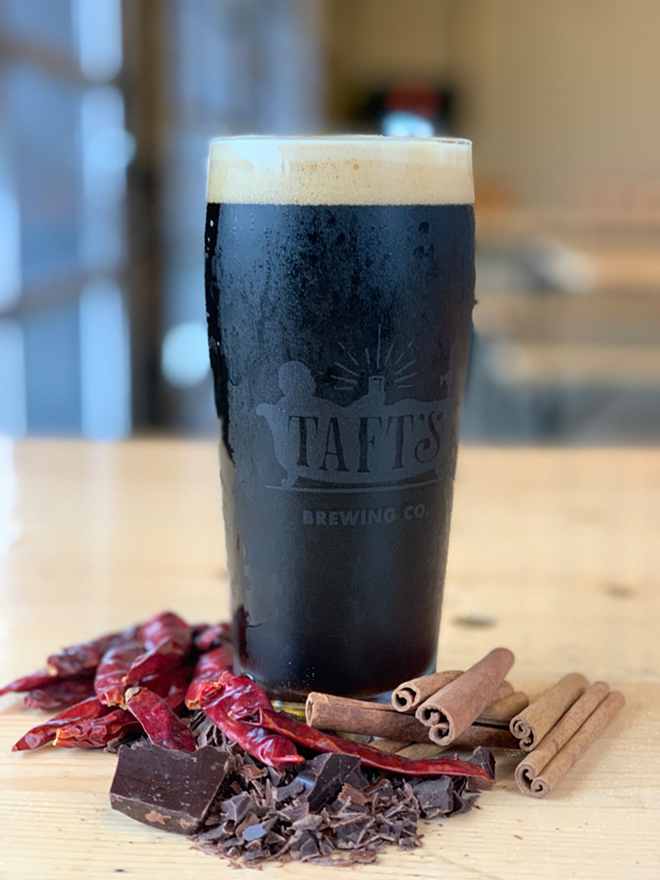 Taft's Brewing Co. is partnering with Gold Star to release a special Cincinnati chili-flavored beer for National Chili Day on Thursday, Feb 27. The limited-time Cincy Chili Porter riffs on Taft's Maverick Chocolate Porter and is infused with Gold Star spices like cinnamon and dried chilis. The beer will be on tap at both Taft's Brewpourium in Spring Grove Village and Taft's Ale House in Over-the-Rhine on National Chili Day (while supplies last).The Brewpourium will also be serving some Gold Star chili dishes that same day, including Gold Star chili pizza and Gold Star loaded tots. And $1 from every beer sold will go to benefit the Freestore Foodbank. Taft's Brewpourium, 4831 Spring Grove Ave., Spring Grove Village, taftsbeer.com.