Liz Lemon on 30 Rock summed it up best: “I believe that all anyone really wants in this life is to sit in peace and eat a sandwich.” 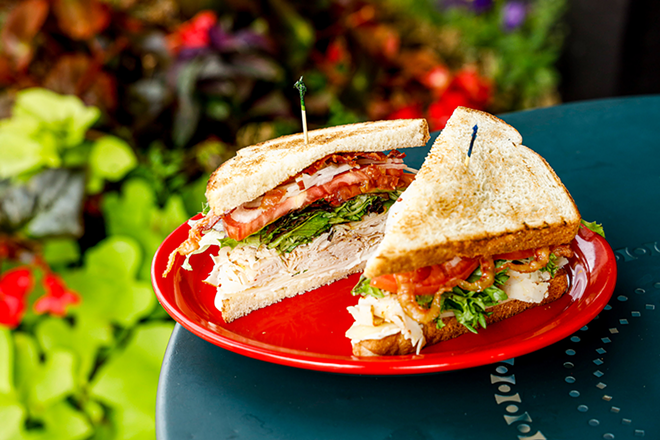 Without rehashing 2020’s intricate list of horrors and inconveniences, it’s not a stretch to say that a majority of our lives were greatly altered from the norm for one reason or another. I didn’t eat outside my house for five months — not even delivery or takeout — out of an overabundance of caution and hysterical paranoia. Hypochondriacs do not thrive in such times.

Let’s make the remainder of this summer a pleasant one. And what better way to start than with sandwiches? Out of a driving desire to make up for last summer’s crazy, mixed-up vibe, CityBeat is touring the most recommended sandwich spots in the city.

Tina Fey’s Liz Lemon character on 30 Rock summed it up best: “Can I share with you my worldview? All of humankind has one thing in common: the sandwich. I believe that all anyone really wants in this life is to sit in peace and eat a sandwich.”

Also remember that the selections below aren’t the only beloved sandwich spots in the city, which is testament to how many talented and dedicated sandwich-makers grace Cincinnati. 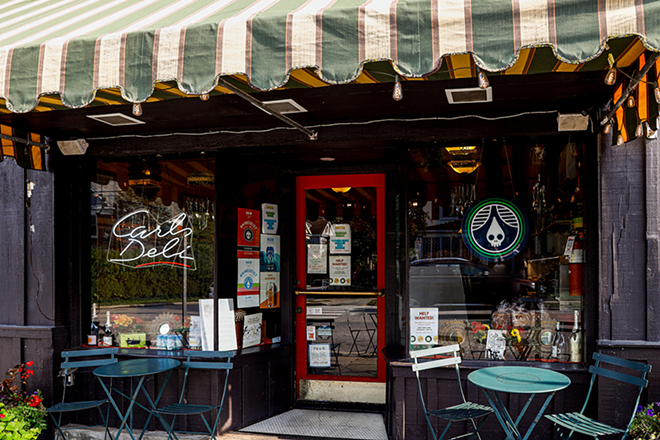 Carl’s Deli is a monument to the humble sandwich. By far the most frequently mentioned stop when it comes to essential sandwich destinations, this Hyde Park deli boasts a frenziedly loyal customer base. The sandwich comes with a generous portion of thinly-cut turkey, savory and tender. The veritable salad packed atop the deli meat makes this sandwich an entire well-balanced meal, with more than acceptable portions of protein, greens and carbs. The only serious crunch comes from bacon, making the sandwich thoroughly easy to devour. It’s a satisfying, well-executed club sandwich that achieves the most one could hope for from its simple ingredients. If you’re going on a picnic, this is a perfect place to get your entire spread: beer and wine are available along with all the expected deli sides (try the broccoli salad, and you’ll be hooked for life). 2836 Observatory Ave., Hyde Park, carlsdeli.com.

Take a number, because there’s hardly ever a lull in the demand for Silverglades’ sandwiches. Both locations are equipped to serve up the most satisfying of deli sandwiches, including the sando that takes top billing, The Renaissance. A chicken-salad sandwich doesn’t usually tip one toward ecstasy, but if you’ve got that particular hankering, go to Silverglades Deli. I recommend the smoked chicken salad above the signature walnut grape option, but only because I don’t care for chopped walnuts on a sandwich and prefer the meatier, less sweet version. Whichever salad you go for, it will be creamy and savory. My only gripe is the imperfect coverage that a croissant offers its sandwich filling, though it proved satisfactorily flaky and buttery. 236 E. Eighth St., Downtown; 118 W. Elder St., Over-the-Rhine, Findlay Market, silvergladesdeli.com. 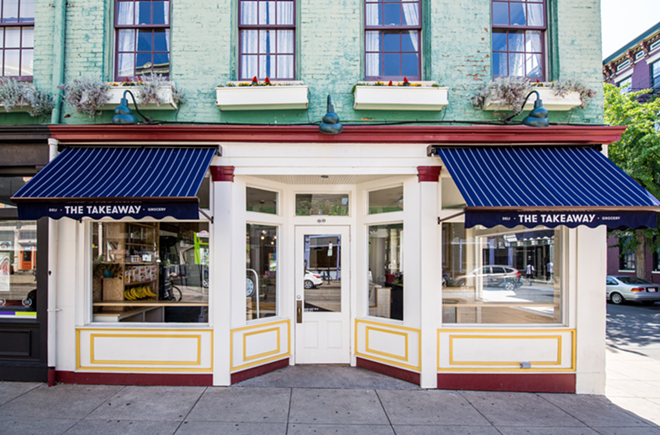 Not every good sandwich needs cold cuts, and nothing communicates that more than a fresh caprese sandwich from The Takeaway. However, in the shop’s infinite sandwich wisdom, Takeaway knows carnivores always like to be included, which results in an intriguing turkey caprese for those who can’t fathom a sandwich without meat. The herby housemade basil pesto adds a fragrant and slightly spicy tang that pairs spectacularly with the sliced mozzarella and tomato. Hearty sourdough bread sets a strong foundation to carry all the flavor in this bright, fresh summer sandwich. 1324 Main St., Over-the-Rhine, takeawayonmain.com.

The bakery that provides some of the best bread in America (at least according to Food & Wine magazine) also serves up its own incredible sandwiches. The jambon beurre is a French classic that’s traditionally served on a heartily-buttered baguette, but my most recent pickup used a bisected focaccia. While this might give a Frenchman a heart attack (crise cardiaque, en francais), I was really pleased with the variety. If the bread is good, the sandwich built upon it has all the potential in the world. The herby butter and cheeses are so indulgent, giving the shaved ham a decadent covering that fills every bite with profound happiness. Allez is a french verb conjugation that encourages you to go. Go where? To this sandwich. Merci, Allez. 1208 Main St., Over-the-Rhine, allezbakery.com. The Italian sandwich typically features several cured meats, but by omitting animal by-products completely, Harmony Plant Fare produces a wonderful sandwich in which nothing is compromised in terms of flavor and texture. Give this sandwich to a drunk meat eater, and they won’t even know the difference. Eating it sober, however, gave me a full appreciation for the housemade seitan ham and pepperoni; there’s a wonderful bite to them that almost approximates the irresistible snap of a good, fatty pepperoni. Take a few of these to your next vegan potluck, and it will be a hit that overshadows everything else on the table. 1801 Race St., Unit 105, Findlay Market, harmonyplantfare.com.

This iconic St. Bernard fixture is old school through and through. Step up to the deli counter, and your options span the classic go-tos. As long as you want it served between some Klosterman sliced bread, the customization options are limited only by your imagination. I was tipped to go for the double decker because it’s a massive, shareable meal that would hit the spot no matter how hungry you may be. Scherpie’s also has a formidable produce selection alongside a wall of candy, making a perfect blend of health food and sugary treats to pair with your sandwich. 503 E. Ross Ave., St. Bernard,  scherpiesproduceanddeli.com.

This sandwich distinguishes itself from everything else on the list thanks to the pretzel bun, which makes for a nice step outside the norm. There’s a pleasant spice from the chicken and cheese — nothing too severe for delicate eaters, but a slight tingle on the palate. Caffe Barista is a cornerstone of downtown lunch plans. While you wait for your sandwich, it’s not a bad idea to browse the shop’s limited-but-strategic groceries, which could cover dinner later in the evening or at least provide some snacks. Beer is an option, too. 231 W. Fourth St., Downtown, caffebarista.com.

Got a favorite we overlooked? Let us know at [email protected], because there’s always room for more sandwiches.