"Our recipes – that's what we bring to the table. They're historic, they're traditional, they are original, they're from scratch, they are made with love.” 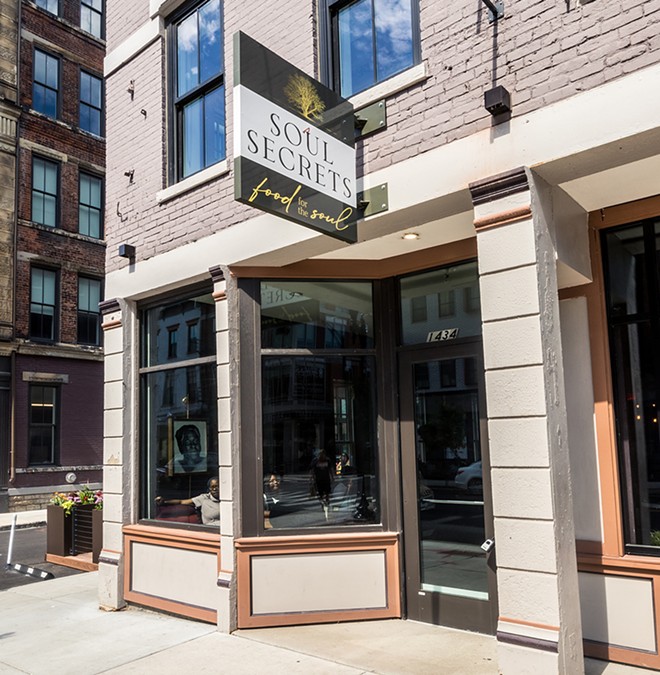 When describing the soul food showcased at her newly opened Soul Secrets in Over-the-Rhine, Holloway talks about her grandmother, Alice, who was born in 1927 in Forsyth, Georgia.

“We trace back to 1864,” Holloway tells CityBeat. “I know that a lot of the recipes that my grandmother shared with me, she shared with her own grandmother. So, our recipes – that's what we bring to the table. They're historic, they're traditional, they are original, they're from scratch, they are made with love.”

Even more specifically, the recipes are delicious.

A look at the menu shows entrees that, in a lot of the South, would just be called good ol’ home cooking, like fried chicken, shrimp and grits, fried whiting and catfish. On the side there’s macaroni and cheese, collard greens with turkey, corn on the cob, sweet potatoes and cornbread — the kinds of dishes prepared for the family and that you’d hope for when someone offers to “fix you a plate.”

Soul food is deeply personal, but it serves the community.

“My grandmother would cook on a holiday and she would make pans of food for different people in the community or church members,” Holloway says. “So, starting to cater is really just duplicating some of the things that my grandmother did.” 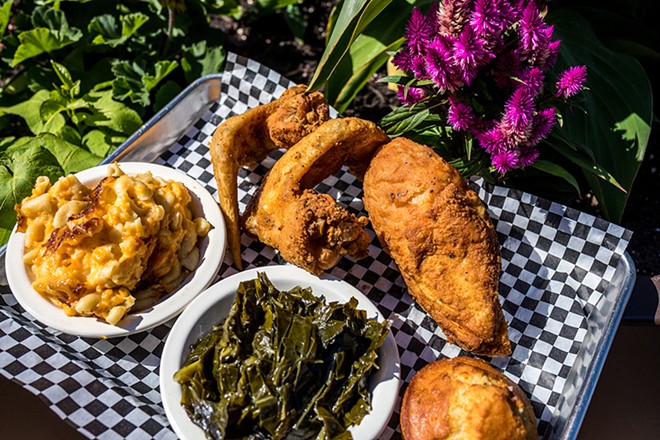 Photo: Catie Viox
Fried chicken, collard greens and macaroni and cheese are on the menu at Soul Secrets.

Holloway launched Soul Secrets as a caterer in 2018 after she began to transition out of her business-consulting career to focus on food with her daughter. Utilizing non-profit food business incubator Findlay Kitchen, Soul Secrets was able to reach a wide enough clientele to entice real-estate development group 3CDC to lease its newly opened storefront at 1434 Vine Street in OTR, the neighborhood’s main strip with a majority of its most lucrative investments.

The effort required an immense amount of work for Holloway, but she credits her family for getting her through.

“I think that strength and determination comes from when I watched my grandmother, but she wasn't fortunate enough to get to where I am today,” Holloway says. “She didn't have the resources or the tools or even the education; my grandmother had a sixth grade education. I think that this is just something that I would like to leave for my own daughter and her daughter, to say that this is what we can carry on.”

Soul Secrets’ menu will expand once operations are a bit more established, but I’d be content eating the fried fish that was brought to the table every time I visit. My first plate was fried whiting with macaroni and cheese and collards on the side. The fish was hand-breaded and seasoned with a savory blend of spices that highlighted the flaky, flavorful fish. With nothing more than a few dashes of the Frank’s RedHot that Soul Secrets provided, I gladly ate the generously sized entree.

If you’ve had genuine homemade macaroni and cheese with the nice charred bit of topping, then Soul Secrets’ version was one to compare with your favorites. The collards also are an essential component in soul food, and the ones here were a crowd-pleaser. Not overly salty or acidic, the greens had enough bite for me to know they weren’t overcooked into mushy oblivion. Of course, the cornbread was handy once I’d eaten my greens, as the little puck-sized portion sopped up any remaining collard-braising stock.

Soul Secrets has a modest cocktail menu with bright, eye-catching drinks that are begging for Instagram clout while favoring sweeter tasting notes. The house cocktail is made with Hennessy, lemonade, strawberry slices and puree, garnished with a lemon wheel. For something truly beautiful but potent, the 427 is a rainbow in a glass, made with white coconut rum, vodka and a blend of fruit juices and colored liqueurs. 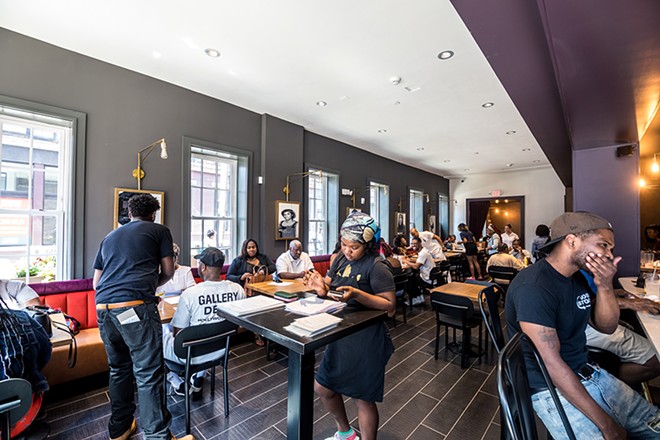 Eagle-eyed Soul Secrets visitors may notice that the logo features a little red bird. This has a very special meaning to Holloway.

“Red birds are typically symbolic of ancestral spirits that are present with you,” Holloway explains. “It’s reflective of our roots, our heritage. I want people to know we’re a Black-owned business but we are not only a Black-owned business – I'm a woman as well. So I wanted to stand out and say, ‘Hey, we can do this.’ We want to make some changes in how we are doing business in the city, so I wanted to highlight the fact that we're here.”

When I visited, the waitstaff wore black T-shirts with a simple-yet-profound message: “My ancestors sent me.” That's certainly the case for Holloway, who has made it a point to bring those ancestors along with her, making sure they never fade away. 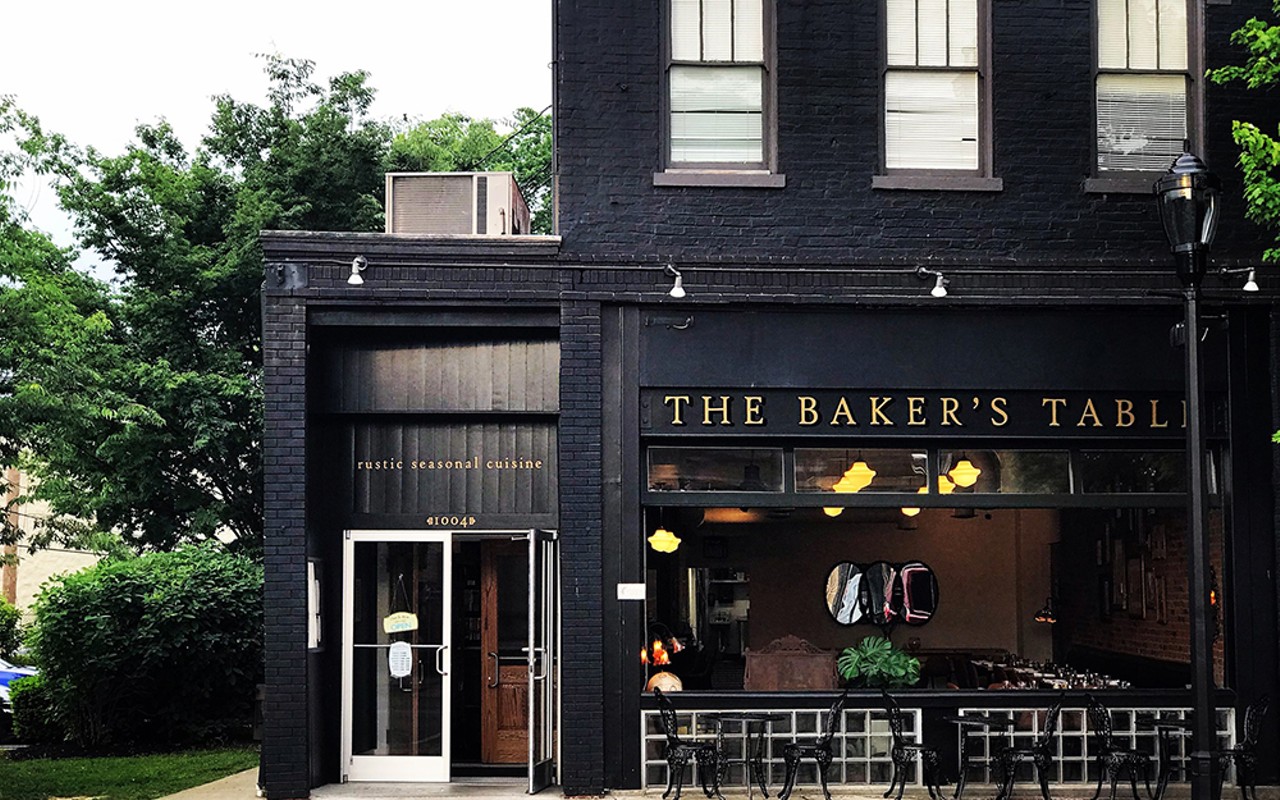 Review: Seasonal Cuisine and Live Music Enhance Charming Ambiance on Sundays at The Baker's Table: To my surprise and delight, the meal turned into one of my top dining experiences this year.

Bloom OTR Nightclub to Open in Former Below Zero Lounge Space: Bloom plans to honor the legacy of Below Zero while cultivating its own identity.