Find coffee, cocktails and a West Coast vibe at this hip spot in Northern Kentucky 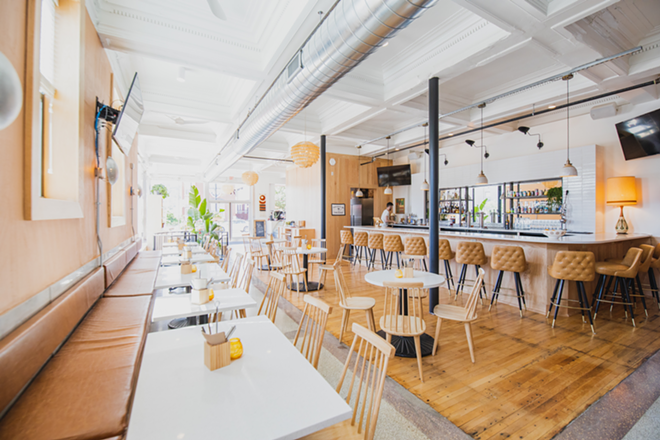 Appealing to residents on either side of the Ohio River, Fairfield Market brings coffee, cocktails, locally sourced snacks on pretty plates and a sun-dappled workspace to Bellevue’s main drag. Open since June, the décor blends Midcentury Modern with a Palm Desert vibe, mixing original terrazzo with contemporary furniture and plenty of outlets for charging electronics.

Fairfield Market is a millennial-founded and run business and it shows. Its current hours — 7 a.m. to 9 p.m. Tuesday through Thursday; 7 a.m. to 11 p.m. Friday; 8 a.m. to 11 p.m. Saturday; and 10 a.m. to 3 p.m. Sunday — accommodate coffee runs, lunch dates, weekend brunch and those in search of a nightcap. The four partners respect the non-stop nature of diners and drinkers today and aren’t tethered to a single business plan. What is set in stone, however, is their commitment to accommodating the early birds and night owls alike with a selection of drinks and a streamlined menu. 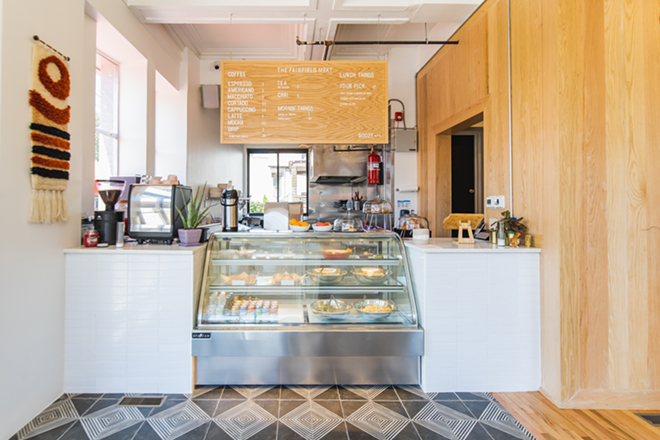 Fairfield operates around a fast-casual concept, offering bites, which are ordered at the bar, alongside drinks, starting with coffee service in the morning and lunch (served until 3 p.m.), followed by beer, wine, cocktails and snacks in the evening.

Moore’s love of cooking is deep-seated. His father was a cook by trade and his mother was skilled in the kitchen as well.

“It’s always been a part of my life,” he says. “But I think in the last few years it’s become a true passion.”

Before Fairfield Market, Moore was a bartender at the Crazy Fox Saloon, where he pioneered their infamous bloody mary program, creating new and adventurous toppings for the brunch cocktail each week. Now, he’s applying his skills to breakfast, lunch and dinner service. 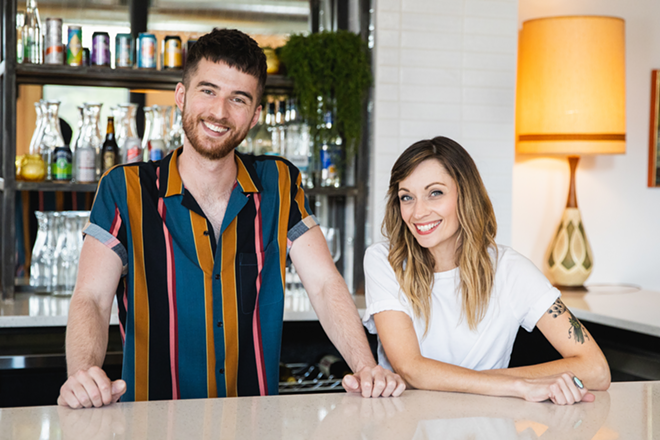 He met Katie Reeder at the Crazy Fox; she now heads up the bar program at Fairfield Market and is another of the four partners in the restaurant. Reeder left her job as a designer to help get Fairfield off the ground. Her clipped cocktail menu is fiercely seasonal and puts fresh twists on classics; there are only four drink options at $9 each. Grab an old fashioned if you’re feeling traditional or a bright and peppery creation of hers while you snack on a build-your-own charcuterie board.

Toby and Kate Moeves make up the rest of the Fairfield Market partnership. They bought an empty building on the corner of Fairfield Avenue and Van Voast Street that used to be a bank. Yes, the safe is still there and one of these days it may be filled with carry-out wine and beer.

Initially, the Moeveses had loose plans to lease the ground floor to a business and flip the second and third floors to turn them into apartments, but later decided to support Moore’s and Reeder’s dream of opening a restaurant. Kate Moeves has been cutting Moore’s hair for six years and she and Toby frequent the Crazy Fox.

“We supported their vision and put our two cents in, too,” Kate Moeves says. 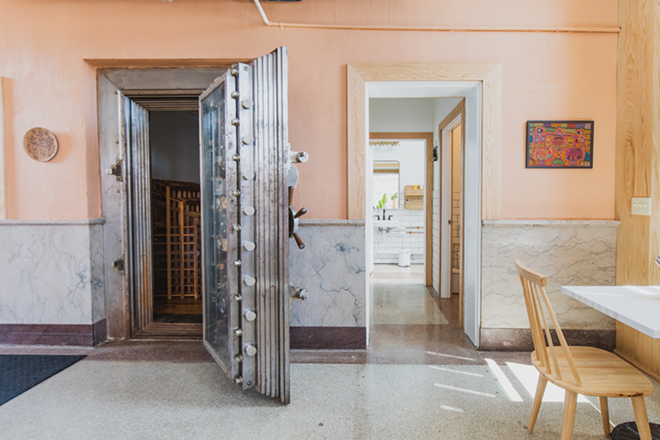 With a new baby and several other business ventures, the Moeveses had no interest in having their hands in the restaurant business, so the four Fairfield Market partners meet on Mondays when the restaurant is closed to touch base about what’s working and what isn’t. Fairfield Market’s first handful of weeks in business have been all about growing slowly, Toby says.

The Moeveses met when Kate was opening her first salon and hired Toby for the contracting work. Before long they were a husband-and-wife duo who owned and renovated several buildings in Northern Kentucky, flipping them into Airbnbs, apartments and future businesses. The corporate world has never been for them.

“We’re doing things for our community and making a living, but we also want it to work for our lifestyle,” Toby says.

The future of Fairfield Market may include vertical expansion, transforming the second and third floors to accommodate larger parties and private catered events. The rooftop is prime real estate for a bar space, Toby says, mostly due to the breathtaking view.

“There’s probably not a better view from Fairfield (Avenue) of the entire city,” he says. For now, Fairfield Market is focusing on bringing sustainably sourced ingredients into their restaurant from local vendors and turning them into small plates, grab-and-go breakfast options and innovative takes on classic dishes. Moore works with Local Food Connection, a cooperative that allows restaurants to order online and have produce delivered to their door.

“It’s a great way of supporting local farms and farmers without taking time out of my day and their day to create those personal connections,” he says.

All bread products come from Allez Bakery; meats and cheeses from The Smoking Goose out of Indianapolis; coffee from La Terza — you get the idea.

From its inception, inclusion and supporting small, minority-owned businesses have been cornerstones for Fairfield Market. “We don’t necessarily wear it on our sleeve, but if we have the opportunity to support female business-owners, we’re going to,” Moore says.

Fairfield’s unofficial motto from the start has been, “This must be the place,” manifested by a small flag pinned next to the bar. A small tribute to Talking Heads, sure, but their goal really is to make their cafe/bar/restaurant/coworking space the place.