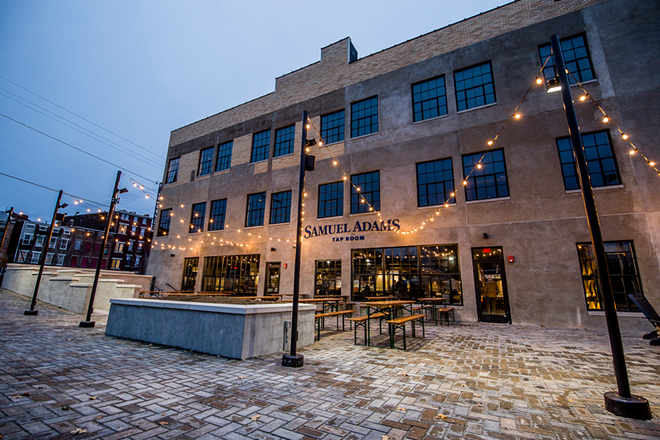 Life, unfortunately, isn’t back to normal yet in terms of the pandemic. And many local establishments have opted to err on the side of safety and re-close their doors temporarily, or at least partially, as COVID-19 cases rise in the city — and as restaurant employees and patrons receive positive diagnoses of the coronavirus.

Japp's — In a Facebook post on June 30, Japp's owner Molly Wellmann said the bar would be closed for the "next few days" after a recent customer began showing signs of COVID-19. "It has been brought to my attention today that someone was in Japp’s over the weekend and is now showing symptoms of Covid 19 and will be tested today. I don’t want to wait for their results with so much of a spike in Hamilton county of COVID-19, And As a proaction, I’ve decided to shut down Japp’s for the next few days so that my staff can be tested and we can deep clean. Your safety and the safety of my staff is my number one priority. I’m not messing around! Thank you for your continued support." 1134 Main St., Over-the-Rhine, facebook.com/japps1879.

Liberty’s Bar & Bottle — As a precaution around the recent uptick of COVID cases, this wine and craft beer destination has reverted to a carry-out only model until further notice. They also request that customers wear a mask when picking up orders (as you should). 1427 Main St., Over-the-Rhine, Facebook.

Longfellow — As of June 26, Longfellow has announced that they will be “re-addressing their patio situation,” and will be closed for the July 4 holiday weekend. Though none of their employees have tested positive for the virus, they want to ensure the safety of their staff and patrons. 1233 Clay St., Over-the-Rhine, longfellowbar.com.

Lost & Found — In an announcement on their Instagram on June 27, this quirky cocktail bar says it has transitioned back into a patio service-only format and is requiring patrons to wear a mask in order to use the facilities. 22 E. 14th St., Over-the-Rhine, lostandfoundotr.com.

Due to the recent uptick in COVID cases in our neighborhood, we’ve decided to close inside dining and cocktails. Our patio will still be available to enjoy. Please bring masks with you. In order to use our facilities we require everyone have one. We will provide masks to anyone in need. We also have carry-out cocktails and food if you’re staying home. We’re hoping you all are continuing to be safe during this time in our society. #staylost #wearyourmask #embracethespirit

National Exemplar — The longtime Mariemont staple has closed its doors temporarily after learning that one of its employees tested positive for COVID-19. In a Facebook post on June 28, the restaurant disclosed this information and explained the situation in detail, noting the date of the employee's last shift and stating that all team members will be tested, and the facility will be deep cleaned. 6880 Wooster Pike, Mariemont, nationalexemplar.com.

The Pony OTR — On June 22, this weekend bar and grill announced that they will be closed until “after the week of July 4,” noting that they plan to “reassess the situation” next week. They have not announced any news regarding positive diagnoses of any of their staff but will not be offering carry-out at this time. 1346 Main St., Over-the-Rhine, Facebook.

Putz’s Creamy Whip — One of Cincinnati's many beloved creamy whips announced today via Facebook that their team members have potentially been exposed to COVID and they will be closing temporarily in order to prioritize the safety of their at-risk customers, employees and families. 2673 Putz Place, Westwood/Northside/Mt. Airy, facebook.com/PutzsCW.

Queen City Radio — On June 24, Queen City Radio released a statement on their Facebook page noting that while none of their staff has tested positive for the virus, they are acting “out of an abundance of caution” and will be reverting to the to-go beverage model that was in use previously, and ceasing all patio and indoor service. 222 W. 12th St., Over-the-Rhine, facebook.com/queencityradiobar.

Revel OTR — On June 24, the urban winery announced via a Facebook post that one of their employees tested positive for COVID-19 so they will “hit pause” on their service until further notice to keep their employees and customers safe. 111 E. 12th St., Over-the-Rhine, facebook.com/RevelOTR.

Sam Adams Taproom — Starting June 24, Sam Adams decided to close their taproom to protect the safety of their guests, coworkers and the community. In a Facebook post, they wrote: "Given the recent increase in positive Covid cases in Cincinnati, we’ve made the difficult decision to temporarily close our tap room for a week, starting today (June 24). We will continue to evaluate the situation and reopen when we believe it is safe for our coworkers and drinkers to come back and enjoy a beer with us. Stay tuned for updates." As of June 30 they have not released a reopening date. 1727 Logan St., Over-the-Rhine, facebook.com/SamAdamsCincy.