Go to a barbecue this summer and you’ll likely see an abundance of lagers in the cooler thanks to this beer’s light-bodied quaffability and often modest alcohol content. 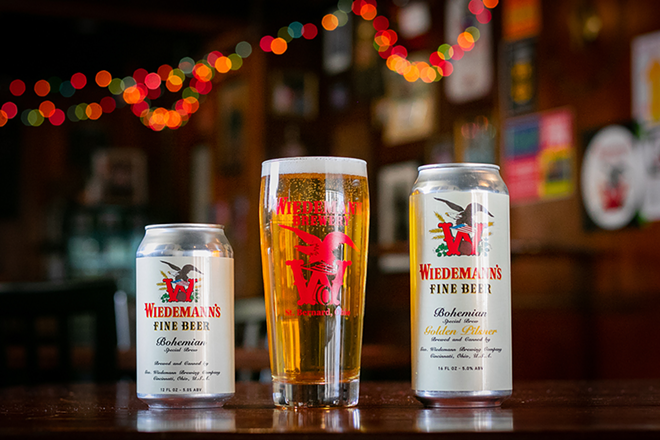 Lager is a very important style of beer in Cincinnati, both today and more than 150 years ago.

Go to a barbecue this summer and you’ll likely see an abundance of lagers in the cooler thanks to this beer’s light-bodied quaffability and often modest alcohol content.

There are many variations of lager, but the brew’s defining feature is the fact that it spends more time in chilly fermentation than, say, an ale: while an ale needs three to five weeks to ferment, a lager is best after six to eight weeks. That, in part, is one reason Cincinnati distinguished itself as a lager city in the mid-19th century. The Queen City is rife with lagering cellars constructed during that time and used to cool beer before the advent of refrigeration.

These underground tunnels and other historic beer sites can be viewed on guided tours of Cincinnati’s Brewing Heritage Trail, curated by local beer historian and author Michael Morgan. His most recent book Cincinnati Beer is a historical love letter to the city’s ongoing reputation for producing some of the best beer in the country.

Morgan points to two reasons lager flowed more heartily from Cincinnati than from other beer hubs: first, a large influx of German immigrants (lager is a German beer), and, subsequently, their brewers’ adherence to traditional German brewing practices.

“Immigration brought both consumer demand for German-style lagers as well as skilled brewers who knew how to produce it,” Morgan says. “Cincinnati was the first point on the ‘German Triangle’ that was composed of the cities of Cincinnati, St. Louis and Milwaukee.”

“This meant brewing with nothing but barley malt, yeast, hops and water,” he says. “Many consumers, particularly Germans, looked down on the use of rice, corn or other adjuncts as an adulteration of the beer. Cincinnati lagers were seen as more traditional, more pure, and enjoyed a good, global reputation as a result.”

Despite German connoisseurs’ purist opinions, one of the most prevalent pale lagers on the market, Bud Light, proudly advertises its use of rice in the brew to set it apart from the pack. If you typically drink Bud Light, there’s no shame in that, but there’s also no better time to try a few lagers from around town; there are now more options than ever.

“Just a few years ago, local craft lagers were a rarity,” Morgan says. “Every brewery made some form of light-bodied blonde ale because they had to make a beer to serve Bud Light-drinkers, but they usually did it begrudgingly, and those beers were made with ale yeast because it requires less fermentation time.”

“Wiedemann was one of the first locals to put a lot of effort and pride into making a great Bohemian pilsner,” he continues. “They succeeded, and I drink it a lot; but there has been a recent explosion in the number of breweries that are taking golden lagers seriously.”

Morgan also calls out West Side Brewing’s seasonal pilsner and Northern Row’s helles as being excellent examples (note: pilsners are lagers but not all lagers are pilsners).

If all this lager talk gave you a thirst, try these local favorites:

The original Wiedemann recipes did not come with the trademark acquisition, meaning new owners Jon and Betsy Newberry had to work out their own approach to the brand’s beer when they opened their brewpub in 2018.

“I really wasn’t all that interested in the old recipes because people’s taste in beer has changed so much in the past 15 or 20 years. It’s a whole new ballgame and I didn’t want to just bring back the old Wiedemann,” says Jon. “It’s completely different, our recipe. The ingredients are much better. I’m not sure how they made it and what they put into it, although I drank plenty of the old stuff, no complaints there. I’d like to think that what we’ve got now is much more authentic to what George Wiedemann would have been making back around 1870.” 4811 Vine St., Saint Bernard, wiedemannsfinebeer.com.

Head brewer Greg Larsen has been in the business for 27 years, starting right around the same time craft beer became a talking point in the industry. Now brewing in Northern Row’s recently opened taproom located in Christian Moerlein’s historic OTR icehouse and storage space on McMicken Avenue, Larsen’s helles is the brewery’s most prized commodity.

“I’ve been making lagers ever since I had my first craft lager, it’s been my love,” he says. “Helles is our best-selling beer, hands down. It’s approachable for everybody. The only thing not German is the water.” 111 W. McMicken Ave., Over-the-Rhine, northernrow.com. 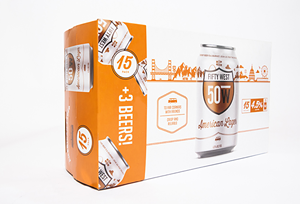 In one of the most exciting local lager developments, Fifty West now sells 15-packs of American Lager for $14.99.

“Brewed with all German malts and cold fermenting lager yeast, this beer is a certified crispy-boy,” says Max Fram, vice president of strategy and operations at Fifty West. “Comes in at 4.5% ABV for a familiar weight to domestic light beer, but with a more pronounced cereal grain flavor. The big boys take shortcuts by using rice or corn syrups and lose some authentic beer flavor.”

At this price you can’t justify the purchase of Bud Light or any other “big boy” solely on financial grounds; this is a steal in comparison. 7605 Wooster Pike, Columbia Township, fiftywestbrew.com.

This incredibly crushable, slightly hoppy lager is well named, because a cheetah will soon run out. That is to say, a six-pack of Cheetah goes down real easy.

“Cheetah is pilsner malt, with some sugar to lighten the body, and a touch of Cascade and Crystal hops for a very restrained amount of hop bitterness and aroma,” says Rom Wells, Rhinegeist’s social media rep. “We love the delicate citrus note provided by the Cascade hops paired with the more traditional hop contribution from Crystal. Our Mexican lager yeast strain produces a nice lager character while letting the beauty of the pilsner malt shine bright in the beer.” 1910 Elm St., Over-the-Rhine, rhinegeist.com.

Braxton Brewing Co. started in a garage, so it’s fitting that its crowd-pleasing lager wears that history on its can. While some garages might need to declutter this summer, Braxton’s Garage Beer is neat, clean and bubbly.

“By brewing it with only pilsner malt and Magnum hops, we’re able to bring it a crisp dry finish with medium-light body and moderate carbonation,” says Braxton’s co-founder and CEO Jake Rouse. “A light bitterness from the single Magnum hop addition makes this beer perfect for every occasion.” Multiple locations including 27 W. Seventh St., Covington, braxtonbrewing.com.

There’s nothing wrong with enjoying a domestic beer brewed by Anheuser-Busch or any other major player in the industry, but it’s a shame to waste your immediate proximity to some of the best beer in the world right here in Cincinnati. Do yourself a favor and visit a local brewery, or pick up a six-pack (or 15-pack in Fifty West’s case, pun intended) from the grocery or liquor store. We live in a sea of hops and barley, so it’s best to swim hard and drink deep.