The German-style eatery is growing, but it needs the community's help. 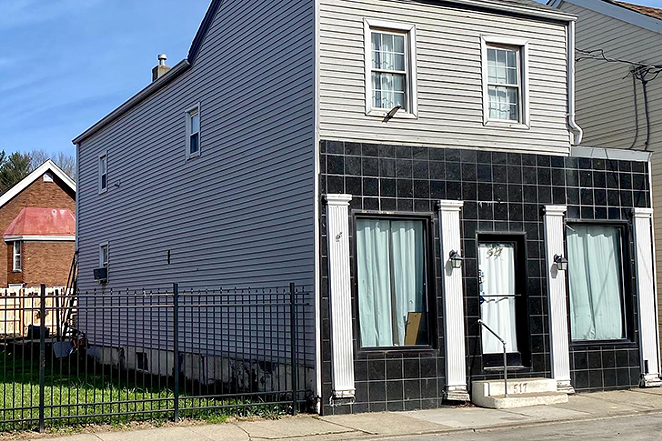 Northern Kentucky-based Tuba Baking Co. is growing, uprooting from its first brick-and-mortar location in Covington to a storefront in Dayton, Kentucky which offers a little more room to branch out.

The eatery, owned by lifelong Campbell County resident Drew Rath, launched in 2018, focusing primarily on Swabian-style pretzels. The bakery offered them wholesale for buyers like MadTree and Urban Stead before gradually expanding the menu to reflect the authentic Swabian-style foods he and his wife had encountered on their trip to Rath's ancestral country of Germany.

Rath and his team opened up shop in Covington in 2019, and after a challenging but successful year, the bakery announced via a Facebook post on May 3 that it would move the operation to the space formerly occupied by Dayton, Kentucky's Hometown Heroes.

"We struggled for a while through the pandemic, especially with our wholesale. But being a small and hard-to-categorize concept, we weren’t able to get a lot of financial government assistance except through the EIDL (Economic Injury Disaster Loan) loan," Rath tells CityBeat.

"We managed to keep our whole team and our Saturdays increased tremendously. It seemed like our customers really rallied behind us, and it inspired us to keep pushing new items and almost treat each week like a pop-up/test kitchen," he continues. "Once wholesale picked back up, our Saturdays continued to stay steady, which kind of forced us to take our concept to a larger scale."

In the bakery's announcement post, Rath explains his vision to create a "Tuba Brezelgarden," which will feature a bar with German-centric beers, wines, liquors, cocktails and ciders. The establishment also will have a wood-fired oven to bake flammkuchen (a sort of German flatbread/pizza) as well as menu staples that customers have grown to love, such as spaetzle and laugencroissant sandwiches.

"We have some stuff we’ve been hoping to do such as more German brot styles, puddingbrezels, and something we’ve been working on we've been loosely call sauerfrites (essentially a pickled potato fried twice). It’ll be served with a häus-made curry ketchup, and also some new vegan and vegetarian options," Rath tells CityBeat.

Rath anticipates opening by mid to late summer, but the eatery is seeking a little help from the community. The team behind Tuba Baking Co. has started a GoFundMe account to raise funds for the new space, which will go towards new equipment, repairs, construction, etc. The fundraising goal is set at $74,000.

Depending on your donation, you could enjoy some pretty sweet incentives. For a $20 donation, get a Tuba sticker and pretzel with dip choice. For those with larger wallets, a $10,000 donation will earn you a four-course meal with half-keg of beer and drink discounts for up to twenty guests (and your name on the Wall of Tuba for eternity).

"We’ve been very fortunate to make it through this pandemic and want to create an experience for everyone to enjoy and escape to," says Rath. And if you'd like to be a part of their journey, you can donate at gofundme.com.