Local bakeries seem to be taking over and Cincinnati has some of the best options. 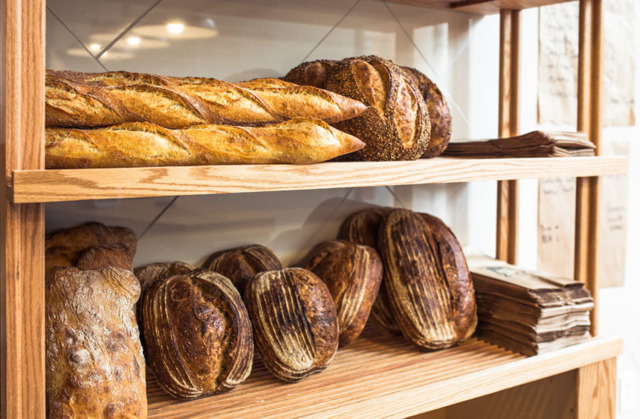 Photo: Hailey Bollinger
Bread loaves and baguettes on the shelves at Allez Bakery in Over-the-Rhine.

Food & Wine magazine just released its list of the "Best Bread in Every State." Three bakeries took home top honors for Ohio — and two of them are in Cincinnati.

Sixteen Bricks, based out of Norwood, and Allez Bakery in Over-the-Rhine made the cut in a time when the magazine says, “American bread-baking is the best its ever been.”  The third best bread in Ohio comes from Kent's Brimfield Bread Oven. 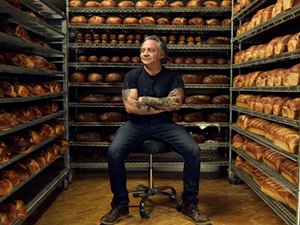 As things have slowly returned to “normal” Landsel says, "These days, you're back (mostly) to snapping up every loaf you can find at local retail stores and supermarkets, but it's always worth going on the hunt."

Allez Bakery, previously named as one of the best bakeries in America by Food & Wine, was described by Landsel as “bringing an outsized share of good vibes to Cincinnati's Over-the-Rhine neighborhood since 2017.” He says while you won’t have to search supermarket shelves for the French-style bread, you may have to get to the bakery early before it’s all gone.

On Instagram, Allez thanked their staff for working hard, as well as the community for “showing up and keeping us employed.”

Landsel says that even before the pandemic there was a “ quiet revolution taking place within American bread baking,” which was propelled forward by everyone being stuck at home. This along with the popularity of bakers milling their own flour has led to an “absolute explosion in the cottage baking industry.”

Local bakeries seem to be taking over and, at least according to the experts at Food & Wine, Cincinnati has some of the best options.