Winners being crowned at the James Beard Foundation Awards ceremony June 13 in Chicago. 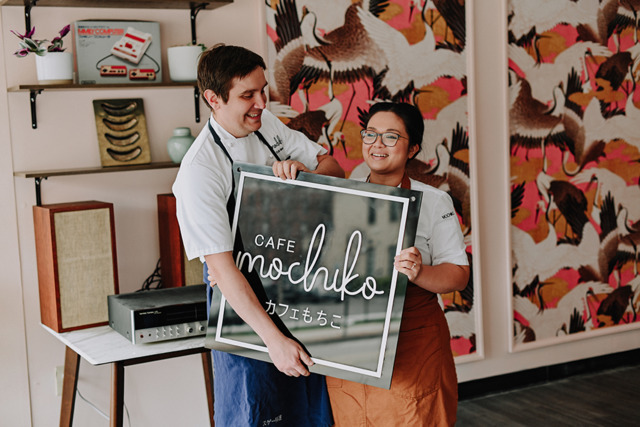 Today, the James Beard Foundation announced the semifinalists for its prestigious Restaurant and Chef Awards and two Cincinnatians made the cut.

Chef Elaine Townsend of Cafe Mochiko is listed as one of America's "Outstanding Bakers" and Chef Jose Salazar of Mita's, Goose & Elder and Salazar is once again nominated for "Best Chef: Great Lakes (IL, IN, MI, OH)."

The Outstanding Baker category recognizes a "baker of breads, pastries, or desserts who displays exceptional skill. Must consistently sell goods directly to the public, but does not need a brick-and-mortar presence and must have been working as a pastry chef or baker for the past three years." This year, there are 20 semifinalists from across the country.

The Best Chef category is divided by region and honors "Chefs who set high standards in their culinary skills and leadership abilities, and who are making efforts to help create a sustainable work culture in their respective regions," according to the James Beard Foundation. There are also 20 semifinalists in this category, a majority of which are from Chicago or Detroit.

This is Townsend's first nomination and Salazar's fifth time being named a semifinalist for Best Chef: Great Lakes. Salazar was most recently nominated in 2019. (Chef Ryan Santos of the now-defunct Please was named in this category in 2020.)

Finalists will be announced on March 16 with winners being crowned at the James Beard Foundation Awards ceremony June 13 in Chicago.

Voting is a bit different this year, with changes instituted after vocal internal reflection and a New York Times report that pointed out no Black chef won an award in 2020, the last year they were held because of the pandemic.

New procedures to "remove any systemic bias," "increase the diversity of the voting body" and "increase transparency in how the Awards function" were installed.

The lowdown on the past and present from our sister paper the Orlando Weekly:

Restaurant and Chef Awards Subcommittee members comprised of industry authorities including chefs, restaurateurs, food writers and critics produce the list of semifinalists after which the ballot is distributed online to a larger voting body who whittle the list down to five finalists per category.

To get on that short list, chefs need the votes of this electoral college. In the past, the trick was to get these members to eat at their restaurant, a proposition that's proven difficult for some.

But this year, things are different. Now that the semifinalists have been announced, Tasting Panelists, tasked with visiting the nominated restaurants, will help determine the finalists via a ballot, as will Subcommittee members and the Scouts who've actively searched for said candidates.

Once the five finalists in each category have been determined, a judging form will be sent out to all Restaurant and Chef Awards Committee members and Tasting Panelists who will visit all the finalists and score their experiences based on a number of criteria.