You won't have to travel far to get a taste of these celebrated eateries. 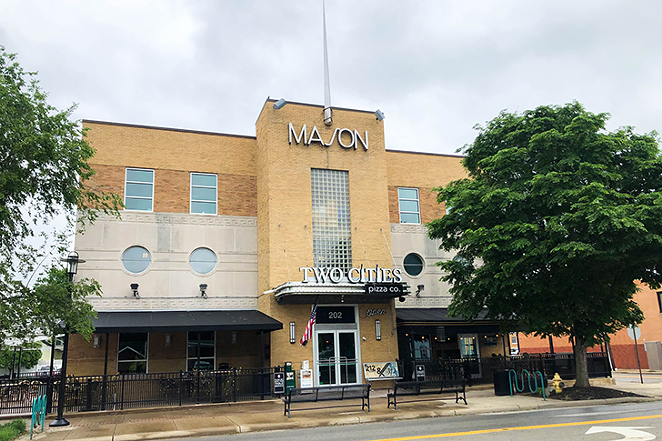 Two Greater Cincinnati restaurants have landed on Yelp's national Top 100 Places to Eat in 2021 list. We know where we're picking up dinner tonight!

Northstar Café in Liberty Township and Two Cities Pizza Company in Mason both made the top 100, which Yelp reevaluates annually.

At No. 57, Northstar Café has garnered 386 reviews and nearly a 4.5-star rating on Yelp. It's open for dine-in, delivery and curbside pickup. Whether you’re looking for a hearty stack of pancakes, a Citrus Crunch Salad or a Thai Burrito, Northstar Café has you covered.

Two Cities Pizza Company comes in at No. 79 on the list. Try pizzas from all over the country, including Chicago and New York, or craft your own. Nearly six hundred reviews puts Two Cities at 4.5 stars on the popular review platform.

Two other restaurants in Ohio and Kentucky are on Yelp's list for 2021, but you'll have to drive a little longer to reach them.

Landing at No. 26, Mayan Café in Louisville is the only Kentucky restaurant to earn a spot on the list. Offering takeout and delivery along with both indoor and outdoor seating, Mayan Café has raked in more than seven hundred reviews. The Mayan Burger puts a Mexican spin on an American classic by adding fried plantains and cayenne aioli. Finish your meal with a Lavender Flan, or a churro if you prefer a classic.

Siam Hibachi in Grove City near Columbus. is No. 67 on Yelp's list this year. Don’t let less than one hundred reviews fool you, this eatery still has 4.5 stars and some passionate reviewers. The broad menu covers just about anything anyone could want, from Thai Curry to Yakisoba Noodles.

Kelley Farm Kitchen, a vegan, women-owned restaurant in Harpers Ferry, West Virginia, is No. 1, snagging the coveted spot in its debut on Yelp's top 100.

In December of 2020, Yelp asked community members to submit their favorite restaurants in their town that they can't wait to return to after the coronavirus pandemic. After culling through thousands of suggestions with the help of a data science team, Yelp developed the Top 100 Places to Eat in 2021.