The pop-up coffee shop is getting permanent digs 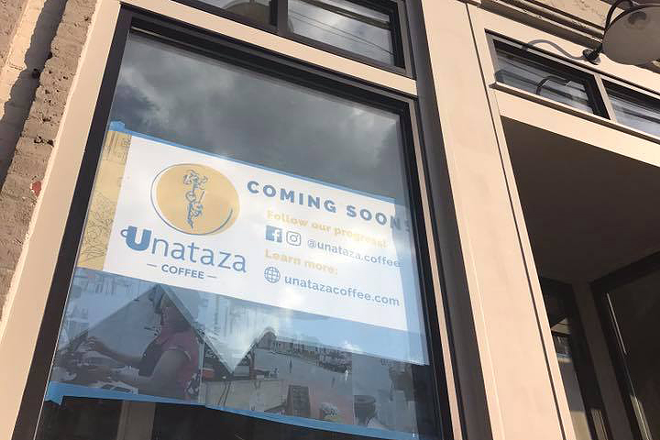 Photo via Facebook.com/UnatazaCoffee
Unataza Coffee is coming soon to Dayton

Local coffee pop-up Unataza Coffee, which also plans and guides coffee plantation trips to Honduras, announced that it is opening a brick-and-mortar shop in Dayton, Kentucky via a post on Facebook Aug. 5.

Unataza Coffee began in 2015 when owner Alejandra Flores wanted to find a way to connect two of the places that she loves most through a medium she was passionate about.

"I began to notice how the people of NKY and Cincinnati had developed a passion for specialty coffee. At the same time, I know Honduras is starting to be recognized as one of the countries that produces coffee of the best quality and taste," an excerpt on the website explains. "Finally, it clicked, and Unataza was born."

Unataza brings coffee enthusiasts from the Cincinnati and Northern Kentucky to the plantations of Honduras where they can explore the process in order to get a deeper understanding behind the creation of coffee.

In addition to trips, Unataza Coffee also sells its single-origin coffee online and at pop-up events across the city.

"In March 2017 (yep, dreams don’t come that fast), we attended a main street meeting in Dayton, Kentucky. I was interested in learning more about the city’s projects. That day, the authors of The Neighborhood Playbook (now BLDG) were presenting and it was all about building communities. Since then, for the past two years, pop-ups around NKY, including #daytonky. We have had the opportunity to be a part of their events and meet the community- teachers, neighbors and office city members. It has been quiet a journey, a couple of failed attempts, pausing, praying, hustling and waiting. Please stay tuned as we prepare to open our doors soon."

Unataza Coffee will be located at 620 Sixth Ave. in Dayton, Kentucky. The shop has not announced an official opening date. Follow their Facebook page for updates.