Urban Artifact's Squeezebox Named One of Nation's Best Fruit Beers, The Gadget Is a Top 10 Best Beer to Drink in the Shower 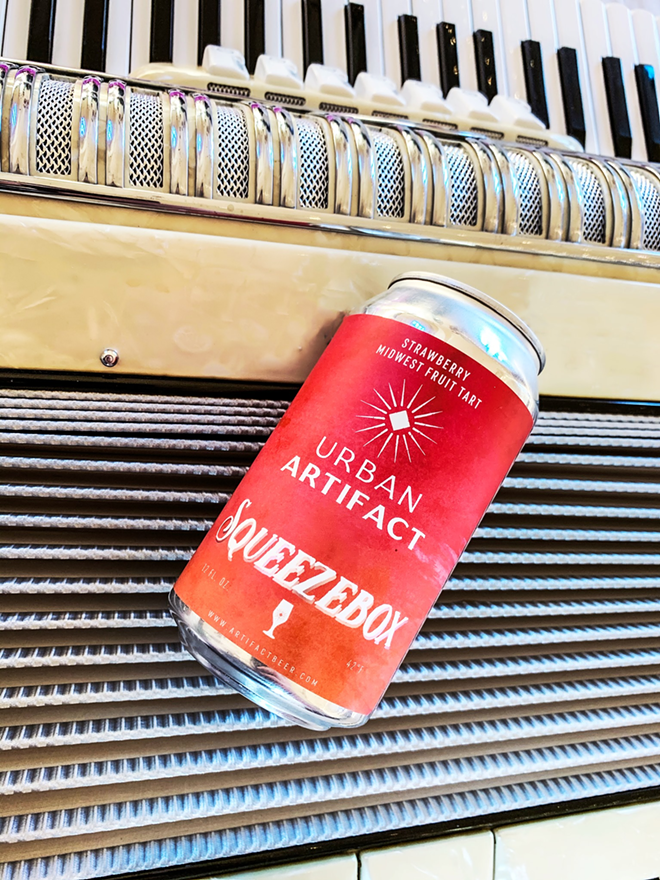 In a write-up titled "Even The Experts Don’t Know Many Of The Nation’s Best Beers" on Forbes, it appears, in fact, that they do because the story asks two certified cicerones and beer judges at Tavour, a craft beer purveyor and website, to list their current favorites.

Her favorite fruit beer? From right here in the Queen City.

"The fruit beers from Cincinnati’s Urban Artifact are next level. We hear the word 'smoothie' thrown around a lot in the industry, but Urban Artifact's beers toe the line between beer and straight fruit puree. Squeezebox is one of my favorites. The brewers add three pounds of strawberries per gallon — triple the amount used in typical fruit beers. It’s juicy and bright with a slight tartness from the berries and a thick mouthfeel. Somehow, it’s 8.5% ABV, too!" Craft beer website Hop Culture also just listed the brewery's The Gadget — another one of their Midwest Fruit Tarts — as one of the top 10 beers to drink in the shower.

What makes a drinkable shower beer? According to Hop Culture, it's about "refreshment and simplicity. There’s no need to bring a 15% barleywine or 10% triple IPA when you’re sudsing it up for a few minutes. (Unless you’re willing to pound a high ABV beer, then by all means.)"

And here's what they say about The Gadget:

"The Gadget is a 'Midwest Fruit Tart Ale' from Cincinnati’s Urban Artifact. This beer was brewed with 1,280 lbs of blackberries, 1,280 lbs of raspberries, and 30 grams of vanilla beans.

Although that sounds like an overwhelming punch of flavor, the fine folks at Urban Artifact managed to reign in that sweetness and acidity for a balanced and mighty tasty beer. Bring a little vibrancy to the shower beer."

Urban Artifact's taproom and beer garden (1660 Blue Rock St., Northside) are back open with COVID guidelines in place: masks on if you're ordering a beer at the bar or walking around, and no dogs allowed outside currently to ensure social distancing.

The Gadget is available on tap and for carry-out, as well as for sale on their website. Squeezebox is not.