Where to Drink the Night Before Thanksgiving in Cincinnati

CityBeat’s top picks for party spots before the feast 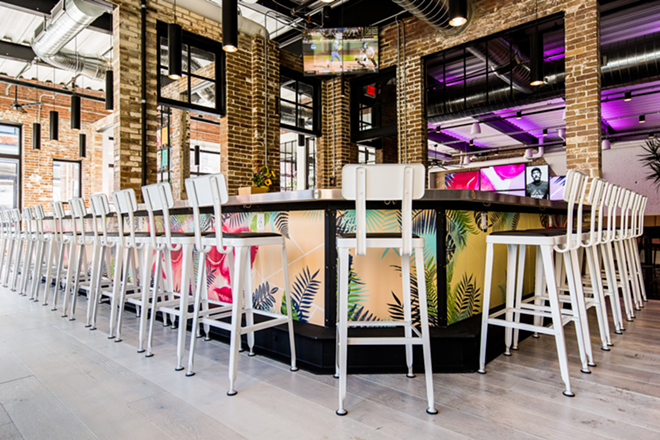 The night before Thanksgiving is one of the nation's most restless. People flock back to their hometowns to feast with family, but on the evening prior of to turkey day there's an inherent drive to get the hell out of the house and party down.

After scathing the far corners of the internet, here are some of the best ways to spend Thanksgiving Eve in Cincinnati:

"The Wednesday Before" Pendleton Event:

Tap takeover by Jackie O's Brewery, Sacred Beast will offer drink specials to help warm you up for the feast ahead, though be sure to sample the elevated diner food in the restaurant as well. 7 p.m.- 2 a.m. Sacred Beast, 1437 Vine St., Over-the-Rhine.

Live music from local acts Moonbeau and Carriers, the taproom will donate a portion of all proceeds to nonprofit organization Fall Feast, which helps to provide a Thanksgiving meal, coats, haircuts and health checkups to our neighbors in need. At least once, Rhinegeist and its partners help you drink with a clear conscience.  9 p.m.- midnight. Rhinegeist, 1910 Elm St., Over-the-Rhine.

Country musician Noah Smith will play at Oakley Square to benefit the Oakley Food Pantry. Tickets are $10 in advance and $15 at the door. Bring a canned food donation, it's en vogue this time of year. 8-11 p.m. 20th Century Theater, 3021 Madison Road, Oakley.

The family restaurant Cooking With Caitlin (CWC) will switch up the dining routine on Thanksgiving Eve and operate as a dance club bar, offering drink specials and an opportunity to boogie down. 8:30 p.m.- 2 a.m. CWC, the Restaurant, 1517 Springfield Pike, Wyoming.

Help cut the tension with your extended family and sing a duet on stage in front of strangers. Karaoke is the great equalizer, along with booze. 9:30 p.m.- 1:30 a.m. The Drinkery, 1150 Main St., Over-the-Rhine.

Maybe you can't attend a family feast this year, so whip up a side dish and stop by the quaint neighborhood bar for a potluck style Thanksgiving. Turkey is already provided, so don't get too ambitious. 4:21-11:21 p.m. C & D Northside, 1714 Hanfield St., Northside.

Test your knowledge of all things trivial in the company of German food enthusiasts. Also, great beer will be all over the place. Ja, das ist gut. Brink Brewing Co. will tap a keg of Moozie Stout, the winner of a gold in the US Open Beer Championship. 8-10:30 p.m. Mecklenburg Gardens, 302 E. University Ave., Clifton.

Fans of the cult classic musical madness that is the Rocky Horror Picture Show sure know how to party. So, even if you're a "virgin" (those who haven't participated in a live shadow cast screening of the film) the crowd commentary should be enlightening. It should serve as a great inspiration to take your overly conservative uncle down a notch before Thanksgiving. The Denton Affair, Cincinnati's most devoted fans of the film, will perform alongside the screen. 8-11 p.m. The Video Archive, 965 E. McMillan, Walnut Hills.

Maybe you'd like to prepare for a day of heavy feasting by hootin' and hollerin' along with the maniacally quick tempoed bluegrass of Restless Leg String Band, a local outfit that's been playing together for five years now. 9 p.m.- 2 a.m. Stanley's Pub, 323 Stanley Ave., Columbia-Tusculum.

This is the late night destination for anyone looking to experience a more picante Thanksgiving Eve. With music by Aikon from Peru and DJ Daniel from Dominican Republic, expect Reggaeton, Bachata and Salsa all night. 10 p.m.- 2:30 a.m.  $5 cover. La Gozadera, 700 Race St., Downtown.

Wands at the ready! Listermann Brewing Co. presents a night of trivia related to Harry Potter and the wizarding world, so check to see if your Remembrall has turned red or not and sign up for your chance to win prizes. Renegade BBQ is serving up food and, of course, there will be plenty of local beer (though we doubt there'll be any butterbeer at this muggle brewery). 7-9 p.m. Listermann Brewing Company, 1621 Dana Ave., Norwood.