The East Walnut Hills taproom and brewery will be home to a new kitchen, helmed by chef Andrew Han.

Woodburn Brewing is adding some bites to go with its beer.

“I’m extremely grateful for the opportunity to open up the Woodburn kitchen,” Han says in a release. “I had a lot of fun developing the menu with my team and incorporating my favorite childhood flavors into easily recognizable dishes."


Woodburn has been serving food on weekends and during its monthly pop-up drag brunch. This new full-service kitchen will be open for lunch and dinner after Feb. 16, starting at 11:30 a.m. daily. A release says they'll eventually be adding a weekly brunch menu, as well as a "late-night menu to satisfy those midnight munchies."

Woodburn was acquired by the Sycamore Township-based March First — the company that oversees March First Brewing, Cincinnati Distilling and FigLeaf Brewing — in December of 2020, keeping the Woodburn name and original beer recipes. The taproom reopened under their direction in April 2021 with the goal of "enhancing" the taproom by adding more seating, a lounge area and a kitchen. The company's Culinary Director Bhumin Desai will be assisting with Woodburn's food program.

See the full food menu below: 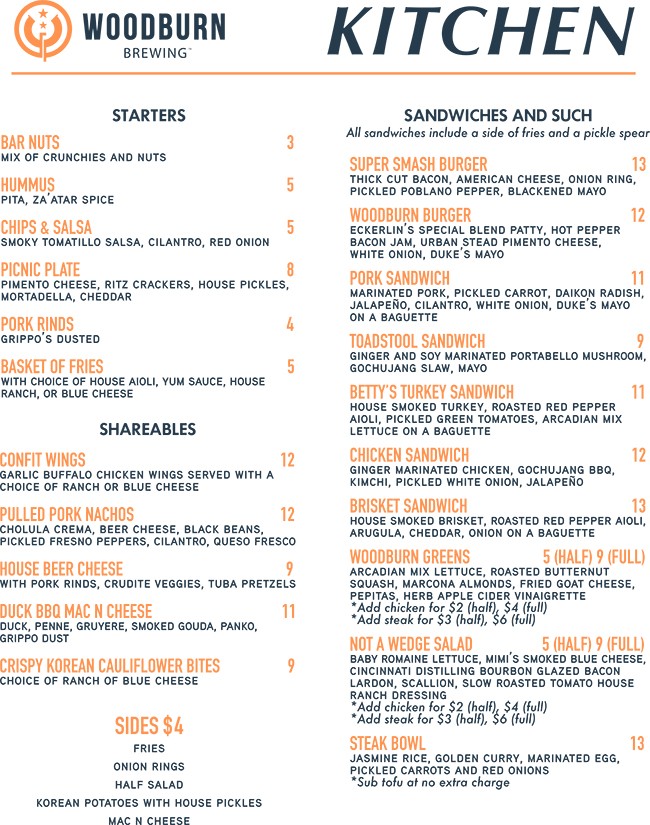