Cafferty and the Beaver Brown Band are known for the best-selling "Eddie and the Cruisers" film soundtrack. 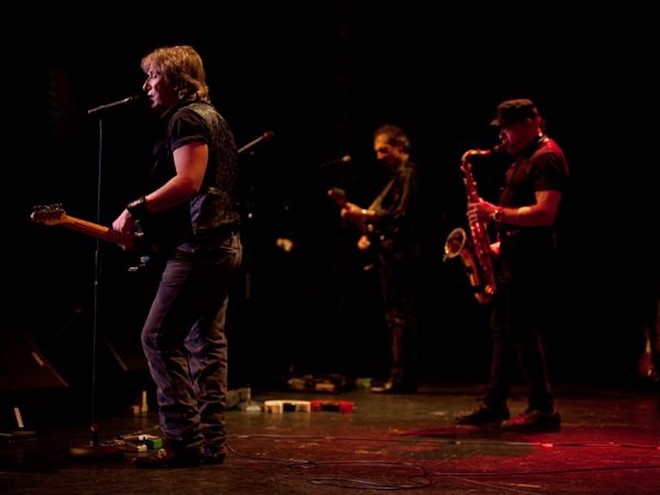 For music fans of a certain age, the saxophone embodies a romantic mystique not often heard anymore. The instrument evokes the nostalgic past, hot summer nights and dark nightclubs.

With their horn-injected, throwback rock-n-roll, John Cafferty and his Beaver Brown Band still invoke many of these connotations.

This six-piece outfit started back in the early 1970s in Rhode Island as a Northeast bar band, but Cafferty and company achieved mainstream success in the ‘80s with their best-selling soundtrack for the cult movie Eddie and the Cruisers about a fictional band. “On the Dark Side,” their first single from the release, hit the top 10 on the Billboard charts, and the soundtrack eventually turned triple-platinum.

For their 50th anniversary this year, Cafferty and the band released their first greatest hits compilation. This includes songs chosen from other movie soundtracks, such as Rocky IV, as well as their own releases. Over the years, Cafferty has placed a stunning 35 songs into the soundtracks of various movies.

Cafferty and the Beaver Brown Band were inducted into the Rhode Island Music Hall of Fame in 2012 as local boys who made it big.

All of Cafferty’s music, no matter the decade, evinces a similar sound: muscular, R&B-tinged, high-energy rock, heavy on guitar, keyboards and sax. Their revivalist music has fueled thousands of nights on the beach boardwalk, in the bars and festivals up and down the East Coast, and even in the Midwest.

Always more focused on their live shows than making records, they still play dozens of shows each year. Their set includes a range of their career best.

John Cafferty and the Beaver Brown Band play the Ludlow Garage on Nov. 12. Doors open at 7 p.m. and the show starts at 8:30 p.m. Info: ludlowgaragecincinnati.com.

Below, watch the video for "On the Dark Side."