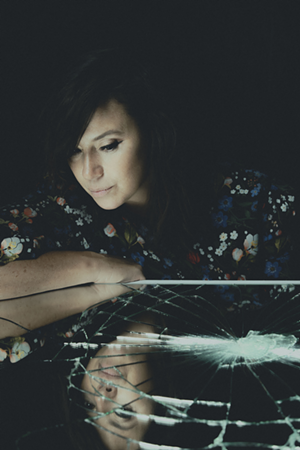 Photo: Eliot Lee Hazel
Cat Power
Chan Marshall may not have required any high-profile stardust to help her achieve her Rock dreams as the infinitely talented Cat Power, but it hasn’t much mattered. Adopting her stage name from her first band, Marshall was spotted by Sonic Youth drummer Steve Shelley and Two Dollar Guitar guitarist Tim Foljahn opening for Liz Phair in 1993, which led to the pair accompanying her on her first recording sessions in 1994, yielding two albums, 1995’s Dear Sir and 1996’s Myra Lee. The critical buzz led to a deal with major indie Matador in 1996 for her third album, What Would the Community Think.

By 1997, Marshall was ready to shutter her Folk/Blues/Soul/Rock career when, according to the legend, she had a wild hallucinatory vision of dark spirits attempting to seize her soul, which she tried to repel by playing her guitar. Afraid that no one would understand what had happened if she died, she taped her nightmare-inspired performance; that tape morphed into the songs that comprised 1998’s Moon Pix, widely considered to be Marshall’s masterpiece and artistic breakthrough.

Marshall continued her streak of critically-fawned-over albums with 2003’s You Are Free (featuring Dave Grohl and Eddie Vedder) and 2006’s The Greatest, a Soul-infused set that featured some of the best session players in Memphis. Around this time, Marshall’s alcohol dependence hit critical mass and she became suicidal after a self-described psychotic breakdown.

She climbed back and over the next few years recorded/collaborated with artists like Vedder, Beck and Marianne Faithfull. In 2012, she released Sun, an Electronica-tinted set that became her highest charting album, hitting Billboard’s Top 10.

Last year, Marshall submitted a new album to Matador, which refused to release it due to its perceived weaknesses and ordered her to start over. She told The New York Times that the label wanted “hits” and feels they wanted her to be more like Adele. Playing every instrument herself, Marshall saw the new album as a culmination of her work as an itinerant troubadour. So rather than caving into Matador’s demands, she ended her relationship with the label and took the new record to respected indie Domino. She also wrote a new song for the album, “Woman,” a fantastic duet with Lana Del Rey that served as a scathing rebuke of her former label. The subsequent album, Wanderer, was released last fall.

Marshall is currently in the midst of a big U.S. tour opening for Mumford & Sons. Her headlining concert Wednesday (March 13) at Bogart's is one of only a handful of dates she's doing between arena shows with the popular British AltFolk group. Click here for tickets/more show info.