The singer/songwriter — whose new album, 'Such Pretty Forks in the Road,' comes out this spring — will play Riverbend Music Center in July with special guests Garbage and Liz Phair 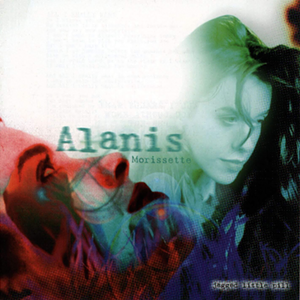 On June 13, 1995, Alanis Morissette released Jagged Little Pill, which would go on to become one of the best selling albums of all time, turning the Canadian singer/songwriter into a superstar almost instantly.

To mark the album's 25th anniversary, Morissette has announced a 2020 summer tour that includes a July 24 stop at Riverbend Music Center.

Adding to the ’90s-ness of it all — the opening acts are Garbage and Liz Phair, artists who also helped define the decade musically.

Tickets for the Riverbend show go on sale Friday, Dec. 13 at 11 a.m. via ticketmaster.com.

Ticket purchasers will receive a free download of Morissette's new album, Such Pretty Forks in the Road, when it is released on May 1, 2020. Today she released the first single from the LP, "Reasons I Drink."

This Thursday, a musical based on Jagged Little Pill opens on Broadway. The show's story was written by Academy Award-winning writer Diablo Cody and is described in a press release as "a breathtaking new musical inspired by the themes and emotions revealed in Alanis Morissette’s album of the same name."