Kings of Leon will be supporting new album "When You See Yourself" during the August tour stop, with openers Cold War Kids. 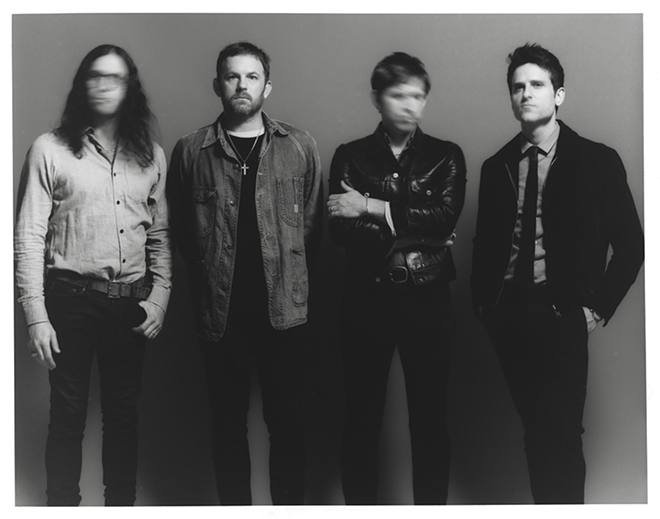 After a bizarre year of empty concert venues and prohibitions on large gatherings, live music is finally back, and big names are already slated to make an appearance in the Queen City.

Following the March 5 release of When You See Yourself, the Grammy Award-winning band Kings of Leon is scheduled to embark on a North American tour beginning Aug. 3 — with a stop at Cincinnati's Riverbend Music Center on Aug. 31.

The Alternative Rock group from Nashville, Tennessee exploded onto the U.S. Modern Rock scene in 2008 after the release of their fourth studio album, Only by the Night. That record included the singles “Sex on Fire” and “Use Somebody," which reached No. 4 on the Billboard Hot 100.

The band — composed of brothers Caleb, Nathan and Jared Followill and their cousin Matthew Followill — says they're looking forward to performing Kings of Leon hits along with new music for fans once again.

“It has that fun first day of summer camp vibe to it, which we’ve missed so much. It’s going to be super cool to get out there and play these songs for the first time,” Nathan Followill told SPIN magazine.

California Indie Rockers Cold War Kids will open for Kings of Leon. The group’s 2013 album Dear Miss Lonleyhearts peaked at No. 52 in the U.S. charts.

General admission tickets for the Cincinnati show will become available on both ticketmaster.com and riverbend.org at 10 a.m. Friday, May 21.

And $1 from every ticket sold will go to Inherit the Music. Per a press release, "Co-founded by Kings of Leon and philanthropist Alisha Ballard, Inherit The Music supports local organizations that pay forward the gifts that only music can provide. By providing resources and funding education programs at all age levels, this newly formed charitable organization aims to impact the aspiring musicians of today and the future."

Listen to "Stormy Weather" from the new Kings of Leon album below: