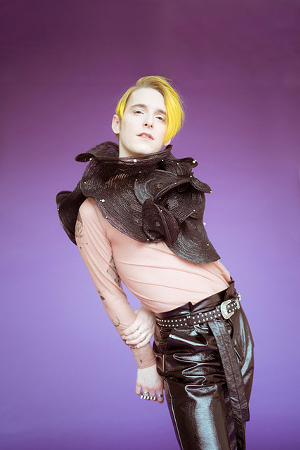 Photo: Alexa Viscius
Diane Coffee
The musical lineup for Friday’s outdoor block party celebrating the 150th anniversary of the Art Academy of Cincinnati is topped by nationally-acclaimed Indie Pop artist Diane Coffee, but some of the Queen City’s finest local acts make the shindig even more of a must-attend event.

Alongside a variety of compelling art displays, a fashion show, an ASMR performance by Crystal Tubes and other unique offerings will be sets by Triiibe vocalist Aziza Love, Hip Hop artist Ronin Halloway (whose anticipated six-track recording project Pressure will be released in June) and a pair of acts who performed at the 2018 Cincinnati Entertainment Awards — PHYSCO and Knotts (reigning “New Artist of the Year” CEA winners).

Friday’s 150 OTR Block Party is free and runs 6-11 p.m. at the 1200 block of Over-the-Rhine’s Jackson Street, which will be blocked off to traffic for the event.