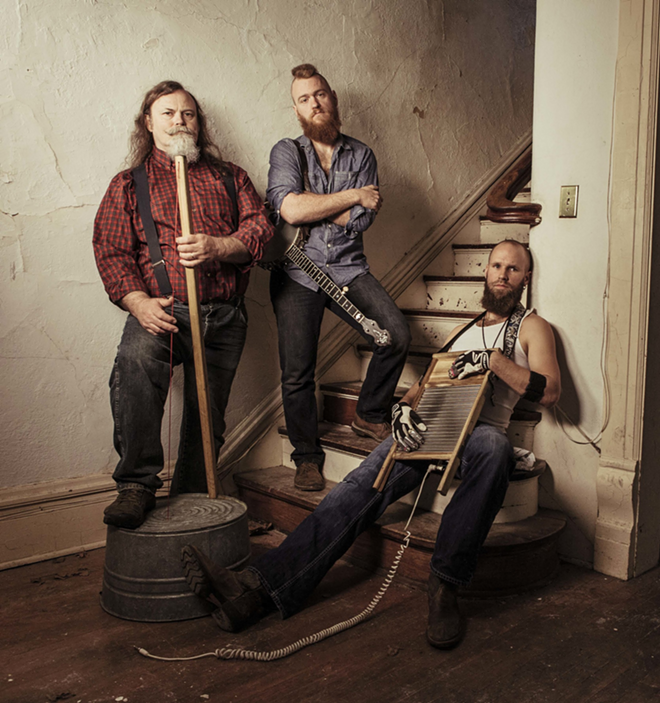 I usually keep pretty good tabs on bands that reside on the grittier, wackier side of the Americana ledger. I seek them out because a lot of groups these days provoke me to resurrect that old Redd Foxx line, “I’ve seen more hair on a peanut butter sandwich.”

But now and again I find musical outfits that slip through the cracks that make me long for my wild and woolly public goat ropin’ days. Cue the Ben Miller Band.

While that may seem like hyperbole, the Ben Miller Band truly would be a perfect fit for a public goat ropin’. Along with some more traditional instrumentation, like a drum kit or acoustic guitar, the Ben Miller Band members will play a harmonica through a 1960s home phone receiver with its cord still attached. Or flush a washboard through a wah-wah pedal. Or kick out some romping electric slide guitar while backed up by a one-string washtub bass that uses a plastic tub instead of a No. 2 metal gutbucket.

I recently came across the Ben Miller Band by accident, seeing its name on the bill as the opener on ZZ Top’s current arena/theater tour.

Before a few more dates with those legendary rockers (followed by more high-profile shows touring with Blackberry Smoke), the group will headline a free show at MOTR Pub with the equally on-the-rise Daniel Romano & the Trilliums.

Find samples of the trio’s kitchen-sink twist on Americana at benmillerband.com.