CityBeat recently connected with Olsen to discuss everything from the just-released album — her most diverse offering to date — to messing with audiences' expectations to her love of renaissance outfits. 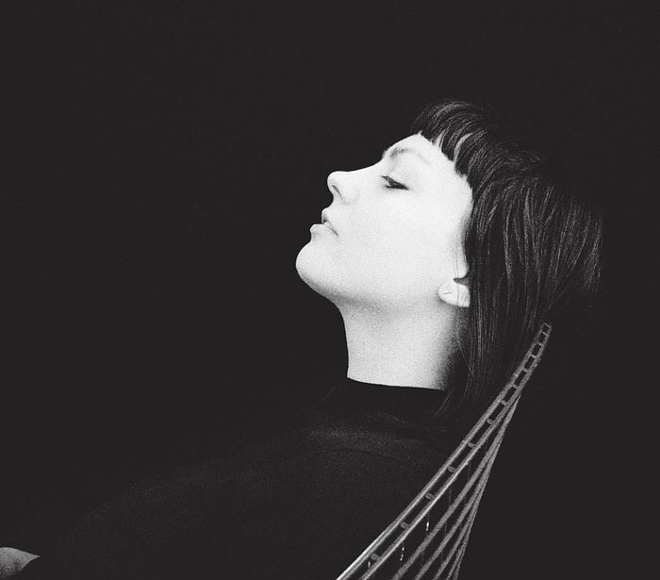 Angel Olsen’s voice is an uncommonly expressive instrument — subtle and intimate one minute, big and raw the next. Her lyrics are just as distinctive — they’re evocative and personal without being too literal.

The Missouri’s native’s full-length debut, 2012’s Half Way Home, featured an impressive array of gothic-tinged Folk songs, which brought to mind a female Roy Orbison doing Moon Pix-era Cat Power covers. The follow-up, 2014’s Burn Your Fire for No Witness, broadened her sonic palette, mixing Olsen’s minimalist leanings with a noisier, full-band sound (or, as she calls it, “my Velvet Underground stuff”).

Now comes the just-released My Woman, her most diverse offering to date. Synth-driven album opener “Intern” conjures a cross between something David Lynch might use on the Twin Peaks soundtrack with a moody, ’80s Pop hit. And “Shut Up Kiss Me” is a jaunty rocker with a killer hook, Olsen’s voice as sassy and combative as it’s ever been. Then there’s the album’s lengthy and languid second half, during which tunes like the captivating “Sister” go into unexpected directions — from Blues and R&B to Psychedelia and straight-up Neil Young-esque guitar excursions.

CityBeat recently connected with Olsen to discuss everything from her need to mess with audiences’ expectations to her love of renaissance outfits.

CityBeat: The first half of the new record is filled with shorter, more upbeat songs, and the second half has longer, more languid stuff. That can’t be a coincidence. What was the thinking behind that?

Angel Olsen: It was mostly that those songs were really long and it just didn’t seem right to put them next to the upbeat songs. It’s also me playing with the audience — here’s all the stuff I’ve already been doing in the past (style-wise) on side A, the accessible side. And then here’s the other side, the mellower side, which is me hanging out with my friends. You can come join us, but we’re going to be on this side, and you can come over when you’re ready.

Another reason I did that is that was the only way it could fit, because I was really pushing the amount of minutes for the record in general. We had two other songs that were lengthy, and I was going to do a double LP, but it would have been really annoying for vinyl collectors, because you’d have to flip it after every three songs. I didn’t want to do that to them, so it was more like, “OK, how do I make this concise while also going with a vibe.” It just felt wrong, too, to put “Sister” and “Woman” next to “Shut Up Kiss Me.” It just seemed unnatural.

CB: So it was a matter of both tone and the practicality of playing it on a turntable?

AO: It was definitely inspired by the turntable. When I wrote the songs I didn’t have a specific concept in mind. I came up with the album cover and the title itself at the last minute. The cover reminded me of a Soul record, so I was like, My Woman sounds like a Soul record. It made me laugh, because it’s kind of degrading. And I guess I am talking about what it is to be a woman in some of the songs, but to me it was like a funny thing to do. Of course, as with anything I do, because my work was serious in the past, people are really afraid to let me have some levity and really afraid to view it as a situation that doesn’t have a lot of meaning. They’re like, “So what does it mean, Angel, are you the woman?” And I’m like, “I don’t know. I guess I’m still figuring it out. It’s a process.” Obviously I wrote the songs, so they’re part of me, but I hope they’re relevant to other people, even people who aren’t women.

CB: My Woman is your most stylistically diverse album yet. There were a few times listening to it when I surprised. I was like, “Where is this song going?” “Sister,” for instance, sounds like Mazzy Star for the first two-thirds, and then morphs into something that wouldn’t be out of place on a Fleetwood Mac record…

AO: Mazzy Star has always been a reference point for people, so I’m not surprised by that at all, but I hadn’t been listening to Mazzy Star in a long time. But I do like Catherine Ribeiro. She is this French singer who was in the Alpes. They were like this Psychedelic Prog band, and I really love Aphrodite’s Child. I love playing organs and renaissance outfits and being over-the-top glammed up. That era of music (the late-1960s/early-1970s) inspired a lot of the longer songs for me. I definitely just wanted to be able to play my music and to sing more, to use my voice more.

For example, on “Sister” and “Heart Shaped Face” I use a certain voice, but then on “Pop” I’m using an entirely different voice and music aesthetic. On “Intern,” the synth song, I was like, “Is this me?” But then I was like, “I don’t care. I like it. It’s my voice. It’s not anyone else’s voice.” I thought it was really funny, because I wanted to start the album off like a disclaimer. The whole song is about me talking about the interview process and about people trying to get down to the bottom of things. I thought it would be an interesting way to start a record not only because of the subject matter but also because it’s a synth song, and that’s the last thing people expect to hear from my music.

CB: So you wanted to subvert listeners’ expectations? That certainly happened with me a few times with this one.

AO: Yeah. They think it’s a synth record, and it pisses them off. I wanted that to happen. I want people to be like, “What the fuck is this?” I want it to be fun for me, too. And for me having fun is not regurgitating the same thing every time. I want to test my own limits. I feel like, even more than in the past, that with this record I’m taking some chances and doing something that’s new. Fans will either come with you or they won’t. I think the last record was great, but I need to develop other things and to play more and allow myself and my band to play different things.