Butler Tech School of the Arts Students Write and Record 'Hold On,' an Anthem on Perseverance 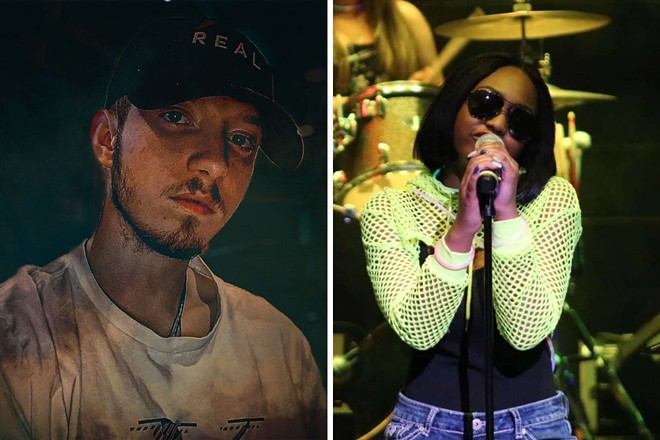 Two young local artists are hoping to inspire the Greater Cincinnati area and beyond with their new song, an anthem aiming to encourage anyone going through a tough time to just “Hold On.”

Grayson Morley and Nekhia Willis are seniors at Butler Tech School of the Arts and the talent behind the song Hold On, a tune that started as a school project but grew to be much bigger. With opening lyrics like, "You gotta hold on / You gotta stay strong / You gotta grow up just a little bit to see the world as it really is," the song is an emotional call to keep going and not just to hold on for better days, but to also hold on to the good things in life even through the struggle.

Morley, known professionally as GRAYISOFFICIAL, studies in Butler Tech’s instrumental music program and began making music about seven years ago. In addition to studying music and production, he plays the guitar and piano and also makes his own music outside of school. And Willis is a vocalist who goes by REVELATIONS professionally and enjoys writing poems and stories that can later be laid down as tracks.

Morley and Willis met during a music business class at school and in their junior year decided to create Hold On as a song project and in July posted the track on YouTube. Morley said he was working on beats in a studio when Willis approached him about collaborating on a song.

“We just always talked about it, but it never happened until that point. And she was like, ‘We should make a song together,’ and I was like, ‘You know what? That’s a good idea.’ She’s like, ‘What beat are you making?’ So I showed her and that kind of inspired everything,” Morley told CityBeat.

“That’s where Hold On came about. It was about … our differences. We were like, ‘We need to write something that people are going to relate to, that we both could relate to,” Morley said. “Our meanings behind that are a little bit different. But for me, I actually have cerebral palsy. That’s kind of where it affects my lower legs, and I wanted to talk about my struggles with it and … my story a little bit. … Not only did I want to inspire other kids who have cerebral palsy through my music, but a lot of those kids who have cerebral palsy – they don’t have the ability to speak, so I want to be that voice for them, for those kids that can’t express themselves.”

And while Willis and Morley say they’d love to have their song played on a bigger local radio station, they really just want it to get out in the world and inspire people.

“I just want the song to get out there and be known and our stories behind it, so when people hear it they go, ‘Oh, I know those kids who wrote the song,’ and ‘They’re just trying to bring positivity to the world,’ because that’s what the world needs,” Morley said.

The two say they’re hoping to collaborate on more songs during their last semester or even after graduating high school. In the meantime, Morley is planning on releasing an album delving deeper into his life story soon.