Celebrate the 50th Anniversaries of the Ludlow Garage, Frank Zappa's 'Hot Rats' and Dweezil Zappa Himself All at Once This September

A freshly 50-year-old Dweezil will be helping Clifton's Ludlow Garage celebrate one of his father's seminal albums and the storied club's own history on Sept. 19 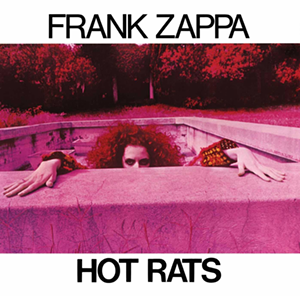 A month after Woodstock, on Sept. 19, 1969, Jim Tarbell opened The Ludlow Garage in Clifton with a Grand Funk Railroad concert. The Ludlow Avenue venue would attract some of the biggest and most influential Rock acts of the era to Cincinnati, including Santana, The Kinks, Humble Pie, James Gang, Alice Cooper, Iggy and the Stooges and MC5.

The Allman Brothers also famously played the club a few times — the band's Live at Ludlow Garage (recorded before their breakthrough Live at the Fillmore set) became a hugely popular bootleg recording before Polydor released it officially in the early ’90s.

The Garage burned bright and left a big impact on Cincinnati in its short lifespan — it closed in 1971.

This year marks the 50th anniversary of that first Ludlow Garage concert and the current owners of the venue are celebrating with a special concert event. Using several "50th anniversary" angles, the club will host Rock legend Frank Zappa's son Dweezil Zappa on Sept. 19. On his tour that kicks off on Sept. 3, Dweezil is playing Frank's seminal album Hot Rats in full (plus "other stuff," the tour's title promises). Hot Rats was released about a month after the original Ludlow Garage opened.

Tickets for the concert go on sale this Friday (April 26) at 10 a.m. via ticketmaster.com.

Here are some amusing radio spots from the original ad campaign for Hot Rats: