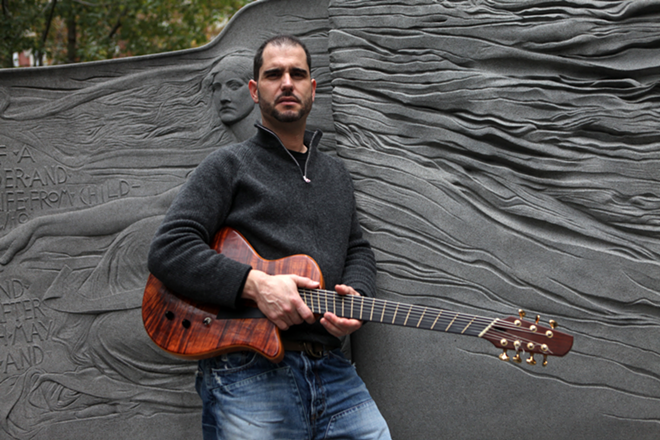 Since his emergence from the San Francisco Jazz scene nearly two decades ago, Charlie Hunter has defined his stylistic direction by resolutely refusing to be tagged as any one thing, preferring to embrace and explore whatever captures his imagination. Over the years, Hunter has examined several fascinating musical facets under the Jazz umbrella, including Funk/Rock, Soul, Reggae and Electronica, a range that ultimately exposed him to slavish fans in the Indie and Jam communities.

Hunter spent his teenage years in Berkeley, Calif., taking guitar lessons from Joe Satriani. After a move to Paris, Hunter returned to California and joined Michael Franti’s Disposable Heroes of Hiphoprisy and then embarked on his solo career. Since then, he has recorded or been featured on more than 30 albums, rarely playing on anything but a seven- or eight-string guitar, a configuration that allows him to perform unaccompanied bass runs, rhythm guitar and solos.

Hunter’s latest album with drummer Scott Amendola, the brilliantly titled Not Getting Behind is the New Getting Ahead, is the guitarist’s evocation of America’s mood in a musical narrative that embodies the country’s fears, frustrations and hopes.