Both acts have been inducted into the Rock & Roll Hall of Fame and have won countless awards for songwriting, performance, recordings, innovation and more. 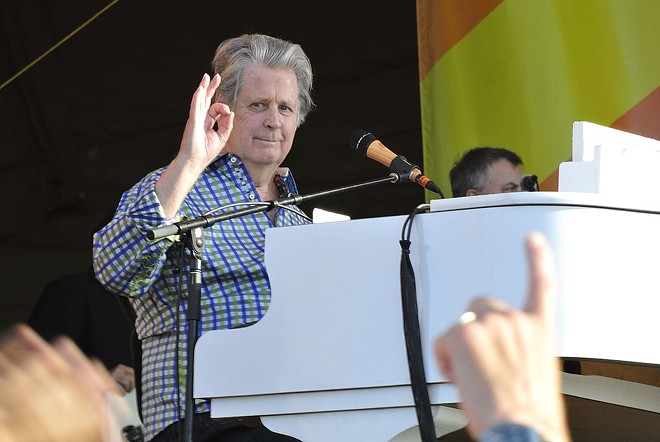 Two legendary acts are joining forces for an epic concert tour — and Cincinnati is on the itinerary.

Rock band Chicago and Surf Rock icon Brian Wilson of the Beach Boys will co-headline a concert tour that will hit Cincinnati's Riverbed Music Center on Saturday, July 23. Tickets will go on sale at 10 a.m. Friday, Dec. 3, at ticketmaster.com and riverbend.org.

Both acts have been inducted into the Rock & Roll Hall of Fame in Cleveland and have won countless awards for songwriting, performance, recordings, innovation and more.

One of the longest-running and best-selling groups of all time, Chicago is known for hits like "25 or 6 to 4,” “Saturday In The Park" and "You're the Inspiration." The band formed in Chicago in 1967 and, despite ongoing lineup changes, became successful with progressive arrangements. According to the band's website, Chicago's touring schedule is full both before and after the upcoming tour with Wilson.

Brian Wilson co-founded the Beach Boys with family members in 1961, inspired by his California surroundings. Wilson largely is credited with ushering Surf Rock onto radio as well as showing that Pop arrangements can be complex and resonant. His layering of vocal harmonies, instrumentation and thematic lyrics set the table for new production processes and continues to inspire musicians today.