The singer/songwriter/keyboardist’s debut single is being released on Jan. 16 via Karma Chief Records, an imprint of Loveland, Ohio’s Colemine Records 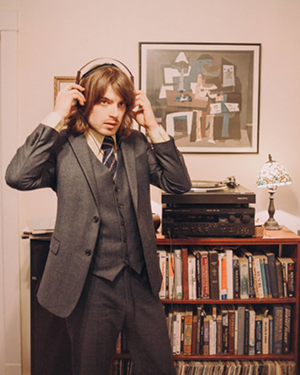 Though you may have never heard of him before, Chicago-based singer/songwriter/organist Neal Francis is in the midst of a major comeback. And given the momentum he’s built up going into 2019, there’s a good chance you’ll have heard of Francis by the time the year is over, particularly if you’re a fan of classic Funk, Soul and R&B and the new generation of artists reinterpreting it.

The 30-year-old developed a love for Boogie Woogie piano as a child and, by 18, he was touring across the U.S. and in Europe backing various Blues artists (including a son of the legendary Muddy Waters). In 2012, Francis joined Chicago Funk act The Heard, which was in the middle of building up its reputation on the national touring circuit. But within a couple of years, addiction issues intervened and Francis found himself out of the band and evicted from his apartment. After being hospitalized for broken bones resulting from an alcohol-induced seizure, Francis decided to clean up his act.

Francis’ newfound solo career has run tangential to his recovery. With a vintage sound shaped by avowed influences like Dr. John, Leon Russell, Allen Toussaint, The Meters, The Band and Billy Preston, Francis has spent the past couple of years working toward the release of new music and building a crack 10-piece backing band. Last year, Francis completed work in L.A. and Chicago on his debut album and played his first show, quickly scoring a deal with preeminent booking agency Paradigm.

Between increased touring in 2019 (including several dates with Los Lobos), Francis is gearing up for the release of his debut full-length this summer. But before then, Francis’ debut single is slated to drop on Karma Chief Records, a subsidiary of powerhouse old-school-styled Soul music indie label Colemine Records, which is based in Loveland, Ohio. Francis’ vinyl 45 for Karma Chief (due Jan. 16) features the tracks “These Are The Days” (check out a live video for the song below) and “Changes, Pt. 1.”

On Tuesday (Jan. 8), Francis plays a free show at Plaid Room Records in Loveland (Plaid Room is the retail record shop run by the founders of Colemine Records). The show is open to all ages and begins at 7 p.m.

On Wednesday, Francis and his band set up for another free show, this time at MOTR Pub in Over-the-Rhine. That show begins at 10 p.m.