Cincinnati albums from the aughts get expanded re-issues

Toward the end of last year, reissues of albums by two of the best Greater Cincinnati bands of the 2000s were released. During their initial lifespan, each act was a formidable presence in the area’s music scene and now their music has a well-deserved second chance to enchant new listeners.

On Nov. 24, a double vinyl set of the recordings made by The Light Wires was released via Northern Kentucky’s SofaBurn Records. Emerging in the early part of the 2000s, The Light Wires featured drummer Rick McCarty and guitarist/bassist Mike Montgomery (longtime musical partners who’ve played in local bands like Thistle and Ampline over the past 20-plus years), as well as guitarist Andy Hittle (El Gigante, Alone at 3AM). 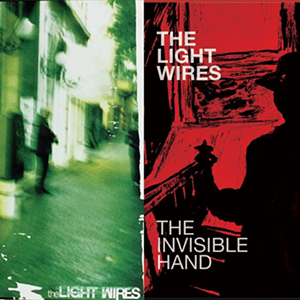 Photo: sofaburn.com
The Light Wires
It was also many people’s first glimpse of Jeremy Pinnell’s enormous talents. In recent years, the singer/songwriter has become a much-buzzed-about force on the independent music scene, garnering dropped-jaw acclaim from Country music critics and others in large part due to the things that instantly drew a lot of attention to The Light Wires — Pinnell’s engulfingly emotive voice and deeply moving and honest lyrical approach.

Pinnell’s creative pairing with the other Light Wires members was uniquely magical — Pinnell’s songs were in the Folk/Americana vein, giving the music its rootsier base, but the other musicians painted the songs with alluring atmospherics and rhythms drawn from their experience with Post Punk and Indie Rock.

SofaBurn’s reissue (which is also available on digital and streaming platforms) includes the band’s sublime self-titled debut from 2005, as well as the equally remarkable, slightly harder-edged The Invisible Hand, intended as The Light Wires’ sophomore album, but shelved after the group disbanded in 2008. For more information, visit sofaburn.com.

Coming up right around the same time as The Light Wires was the powerful, garagey Blues/Rock/Soul machine Pearlene. Pearlene’s first two albums caught widespread attention after being issued by Sympathy for the Record Industry (known for its Punk and Garage Rock releases, including early ones from The White Stripes and Rocket from the Crypt) and Dim Mak Records, the imprint founded by EDM superstar Steve Aoki (the label began by releasing music by Garage, Punk and Indie Rock acts like The Kills, The Gossip and Bloc Party).

Photo: wehavebecomevikings.com
Pearlene
Pearlene was led by singer/songwriter/guitarist Reuben Glaser, and though the membership rotated a bit early on, its “classic lineup” from the end of its tenure featured bassist Jesse Ebaugh (most recently of Heartless Bastards fame), drummer Andy Jody (who has played around the world with Barrence Whitfield & The Savages and locally with numerous bands) and keyboardist Andrew Higley, who has worked with local bands like Readymaid and The Chocolate Horse and done session work with Ben Folds, The Greenhornes and others.

The band’s third album was a creative high point for Pearlene. For Western Violence And Brief Sensuality was released in 2007 and showed the tightness of the band as a unit, the growth of Glaser as a writer/arranger and an expanding sound, which was even more pronounced because it was the group’s first record done in an actual recording studio. The album was more focused and sharper, though the music occasionally drifted into acid-drenched Blues Rock Psychedelia. It seemed like Pearlene was in perfect position to reach the next level of its career, but after Western Violence, the band eventually stopped playing.

In December, Pearlene reunited for a show in honor of For Western Violence And Brief Sensuality’s 10th anniversary and its reissue on 180-gram vinyl by We Have Become Vikings Records (an offshoot of the WHBV graphic design juggernaut). Like the Light Wires’ reissue, this is a two-LP set with a platter of unreleased music. In Pearlene’s case, it’s the Rosemary Girl EP, featuring songs that were used in the Sons of Anarchy TV series but were never made available to the public. For more details on the reissue, visit wehavebecomevikings.com.