The band's first Island material is a three-track bundle for the single "Make You Mine," which went viral after over a million users made TikTok videos using the track 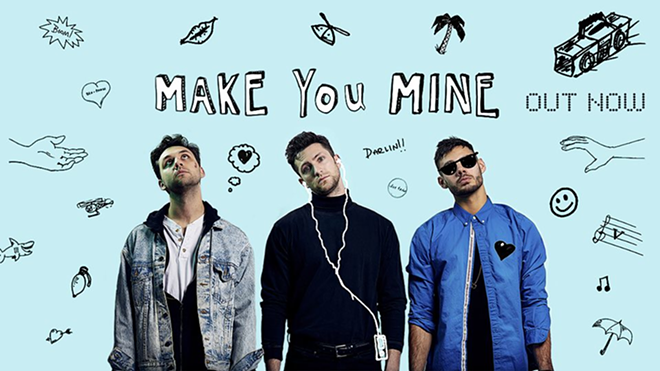 Cincinnati AltPop trio PUBLIC's hard work over the past several years (including constant touring and playing with artists like Walk the Moon, Twenty One PIlots and The Driver Era) has paid off. It was announced today that the group has signed to Island Records.

“It was in a basement in high school that we sat and dreamed of not only one day being a signed band but being a part of the label that housed our favorite artists - Island," PUBLIC said in a statement. "Words can't describe how excited and humbled we are to now be a part of the Island family.”

The band's first material for Island was released today. Described as a three-track "bundle," the release features three versions (including a new acoustic take) of PUBLIC's popular single "Make You Mine."

The song went viral thanks to the app TikTok, where, in just three months, over 1 million videos featuring "Make You Mine" were made. TikTok has become a leading tastemaker of late — it's how "Old Town Road," which recently broke the record for most weeks at No. 1 on the Billboard singles chart, first came into the public's consciousness.