Their eighth album, Time, is further proof of the Cincinnati band’s unflinching talent and energy.

Photo: Provided by The Harlequins
The Harlequins
If good things truly come to those who wait, rock and roll’s earned one hell of a zinger from The Harlequins. They're finally releasing a new album after five years, the longest fans have had to wait for new material from the sophisticated psychedelic garage rock trio in their 15-year career. Their eighth album, Time, is further proof of the Cincinnati band’s unflinching talent and energy, making them one of the city’s greatest exports worthy of intergalactic acclaim. The album release party for Time is Saturday, Sept. 3 at Northside Tavern, featuring Tweens, Electric Citizen and DJ Quotah.


Revisit The Harlequins’ discography and you’ll hear influences range from surf, punk, garage, kraut and psychedelic rock, all blessed by singer/songwriter Michael Oliva, bassist Alex Stenard and drummer Rob Stamler’s own spin on the genres. Time gives listeners a better understanding of what’s arguably the most important influence on his music’s direction: The Beatles, particularly the White Album. After listening to Time you would be forgiven if you thought that in conversation Oliva should have a Liverpool accent, but the musician’s a stolid Midwesterner (as relayed through his 2011 single "Midwest Coast," which sounds like the combination of Ennio Morricone’s spaghetti western vibes with a forgotten Beach Boys tune). His vocal performances across the past 15 years cover great swaths of reference points, using his voice in ways comparable to Frank Sinatra all the way to Iggy Pop.

Oliva sat down with CityBeat to discuss his band’s 15-year career and their new album.

CityBeat: It’s been five years since you released an album. What’s the oldest song on the track list?

Michael Oliva: I was writing some songs during the [2016] election cycle. Our first big tour was during that fall, we called it "The US Falls Tour," which was a bad omen. Then he won, so I started to write "The Cheater," maybe also "Sound of the Creeps."  And they're sort of similar in intention, they coincide with that same time. So, I started recording them in 2017 and then that was when the White Album mono mixes came out. I was like, really into those because that was the album that got me into The Beatles when I was 16.

CB: Was this album five straight years of labor?

MO: It’s been going off and on for five years. I’ve said that we've been working on it for five years in some other interviews and it sounds like we were like tinkering, but, really, we worked on it when we could. It was the first time we were like, ‘let's not rush.’”

CB: Did the pandemic cause the longest hiatus for The Harlequins?

MO: Oh, yeah. It was weird, we would never take breaks. We would always tour in some capacity, even if it was only two weeks in a year. It definitely killed our momentum, because we had a really sick momentum building up in my mind, we were going to play a show with Damo Suzuki from Can. He was the singer on their best three albums, my favorites. He would tour and his agent would find musicians in different cities that wanted to jam with Damo. He believes in pure improvisation, he doesn’t want to practice or meet people before the show. We would have played with him for two-and-a-half hours. It got canceled and he’s not been touring since, he’s lying low now that he’s in his seventies.

CB: The new album has a great balance of energy. It’s still The Harlequins, but your sound is evolving.

MO: Before I just wanted to do, like, a sonic annihilation. It’s live as possible sounding, you know? Cacophonous. But, now, I wanted to clean it up a little bit and do something different because I feel like I've achieved that, I've been kind of trying to do the same thing over and over — but better — for a long time. Just kind of like a fine-tuned live show.  We've got control to have that natural fluctuation [on an album]. Anyone can do anything, you could just add whatever. So, why not? Why purposely limit yourself? So, I was getting way more into the intention of specific audiophile goals.

MO: To me, it’s tone. When most people hear that, they think it means getting unique, bespoke antique gear, crazy expensive stuff. But, I think finding the perfect tone can have a bedroom arts and craft feel and still be for an audiophile if it’s done in a way that’s titillating, new, that does something to your brain in a cool way.

CB: What were some specific songs that made you want to learn guitar, become a songwriter?

MO: "She" by The Misfits, also "Mother" because I like Danzig’s solo stuff, too. Of course, then I went back and got into Nirvana. That was the band that, in fourth grade, changed my life and made me love music. I’d go through phases, get back into them, then not. The first time we dropped acid, that was a killer way to get back into them. That’s what led to The Harlequins getting noisier.

CB: Fifteen years is a long time for a band to be together, how many shows have you three played?

MO: I think we’ve had to hit 1,000. I haven’t kept count, it’s hard to gauge. Back in the day we’d play 80 shows a year. In the early days we were playing all the time, whether it be house parties or every bar in town.

CB: Will The Harlequins stick around for another 15 years?

MO: That’d be interesting. I hope. We’ll see, who knows what the future holds, but I have no plans to stop. We always want to make music.

Time by The Harlequins is available through dizzybird records. 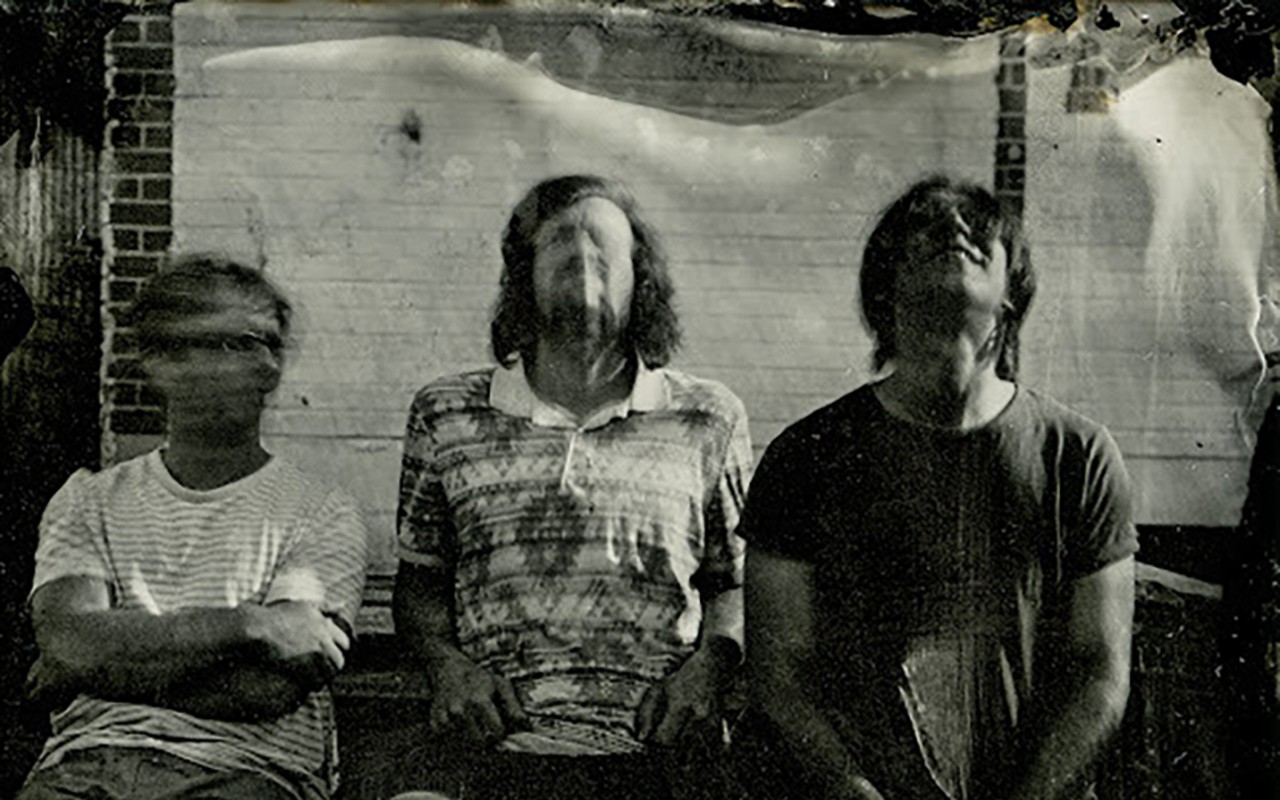