Sam Beam will celebrate the 15th-anniversary reissue of Iron & Wine's breakthrough sophomore album, 'Our Endless Numbered Days,' with concerts in collaboration with musicians from the major orchestras in L.A., D.C. and Cincinnati 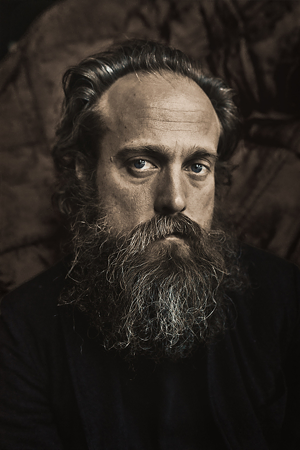 In March, SubPop Records is releasing an expanded deluxe edition of Our Endless Numbered Days, the breakthrough sophomore album by singer/songwriter Sam Beam's Indie Folk act Iron & Wine. The reissue — which will include eight previously unreleased demos, expanded liner notes and more — is timed to the album's 15th anniversary and will be celebrated with three concerts at which Beam will be backed by a symphony orchestra.

Along with shows with the Los Angeles Philharmonic and a TBA date with the National Symphony Orchestra, Iron & Wine will appear with musicians from the Cincinnati Symphony Orchestra on the reissue's release date, March 22, at Taft Theatre.

The March 22 performance (which falls exactly 15 years and one day after Our Endless Numbered Days initial release) will feature two sets — one with the orchestra and one with just Beam performing solo acoustic. Each set will feature music from throughout Beam's career, including material from last year's Weed Garden, which is up for Best Folk Album honors at this year's Grammys.

Here's one of the previously unreleased demos to be included on the Our Endless Numbered Days reissue, "Passing Afternoon."

Iron & Wine's last Cincinnati performance was in 2015, when it was a part of the MidPoint Music Festival. Beam and Co. performed in Washington Park, just across the street from the CSO's Music Hall headquarters.