Tickets for the show, which supports the band's first studio album in five years, go on sale May 6. 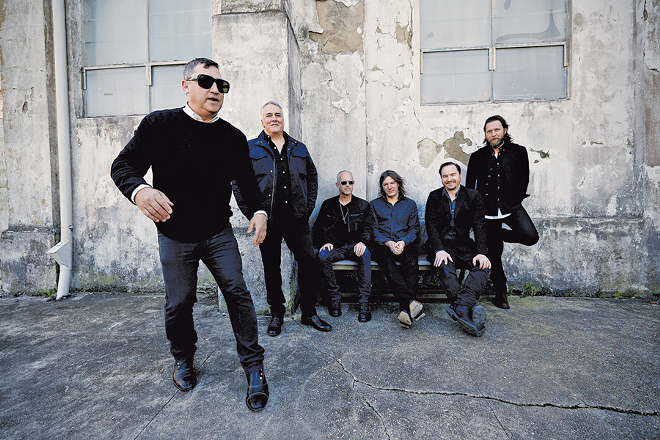 One of Cincinnati's greatest musical exports is finally coming home.

The Afghan Whigs shared a slew of tour dates on May 3, including a Sept. 11 show at Bogart's in Corryville. Tickets will go on sale at 10 a.m. May 6. See the full slate and info on the Afghan Whigs' website.

The new dates join the Whigs' already-packed schedule for the year, which includes touring the United States this month before heading to Europe for the summer. Cincinnati's September show is part of a return to the States for the fall.

The tour supports How Do You Burn?, the Afghan Whigs' first studio album in five years. The album is scheduled for a Sept. 9 release, but the debut single "I'll Make You See God" dropped in February. The band's latest single "The Getaway" landed on May 3.
Influenced by a wide variety of rock, soul, R&B, psych and other genres, Afghan Whigs formed in Cincinnati in 1986 and were signed to Seattle's Sub Pop label in 1989. The Whigs were big throughout the '90s, with co-founder and singer/songwriter Greg Dulli routinely praised for his conceptual lyrics.

The band called it quits in 2001 but temporarily reunited in 2006 before playing together and recording albums on a more permanent basis from 2011 forward. The Afghan Whigs' last album In Spades was released in 2017.

In 2020, Dulli streamed solo performances from Gold Diggers, a Los Angeles bar, as the COVID-19 pandemic intensified and postponed his scheduled in-person shows.