"I could never pay him back for giving me an opportunity to find my own self-expression," Collins says of his former boss 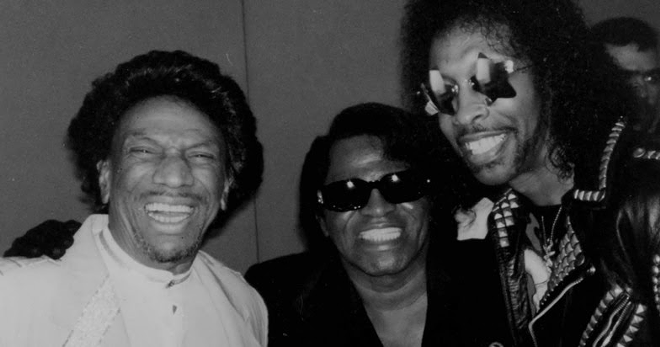 One of the most renowned and influential musicians to ever come out of Cincinnati, Bootsy Collins, is celebrating what would have been James Brown's 86th birthday with a remix of and music video for the track “JB-Still the Man." The original version appeared on Collins' 2011 album, Tha Funk Capital of the World.

Collins was a crucial part of Brown's band, The J.B.s, in the early ’70s, with his bass work helping to shape the sound of Funk (and Hip Hop and various other genres touched by their influence).

“James Brown is the founder of ‘The One!’ ” Bootsy Collins says in a press release.  “After his passing in 2006, I was on a mission to keep his memory alive. I could never pay him back for giving me an opportunity to find my own self-expression. Thank you, James.”

The new version of the song — featuring spoken vocals by Reverend Al Sharpton — was remixed by Chew Fu, who has done remixes for Lady Gaga, Robyn and Rihanna.

“He would always smile when I would say there are four B’s in music,” Sharpton says. “Bach, Beethoven, Brahms and Brown.”

Bootsy his hosting the James Brown Birthday Bash tonight in Augusta, Georgia. On May 11, Collins and another one of his former bosses, George Clinton, are receiving Grammy Lifetime Achievement Awards for their work with Parliament-Funkadelic.