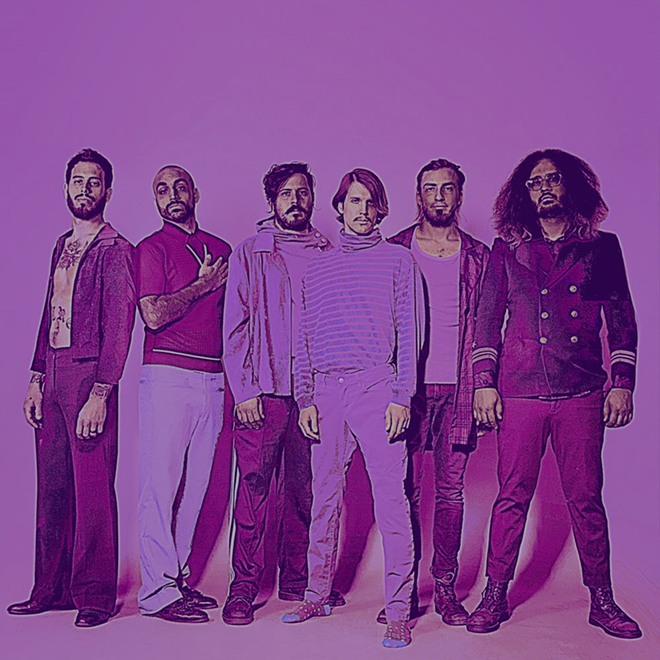 Photo: Jesse Fox
Foxy Shazam in 2014 (with Daisy Caplan, far right, who is not a part of the reunited lineup)

Tickets for the April 11 date at downtown's Taft Theatre went on sale this morning (Feb. 14) at 10 a.m. and by 2 p.m. the entire show was completely sold out.

The Cincinnati concert has been the only show announced so far, which, given the band's widespread following, likely accounts for the quick sell-out, with fans from across the region and beyond likely clamoring for tickets.

Foxy Shazam abruptly ceased operations in October 2014, canceling a string of upcoming tour dates and announcing that the members were taking time to pursue outside interests. Since then, keyboardist Sky White has played with Cincinnati artists like Freekbass and J Dorsey and vocalist and horn player Alex Nauth has worked with his band The Skulx.

Singer Eric Nally toured and recorded as a solo artist and enjoyed mainstream success with his collaborations with Macklemore.

Bassist Daisy Caplan has been touring constantly with his Post Punk duo with Kate Wakefield, Lung, in which he plays drums. He recently posted on Facebook that he would not be rejoining Foxy.

Foxy Shazam's last Cincinnati show was at the Bunbury Music Festival in 2014.