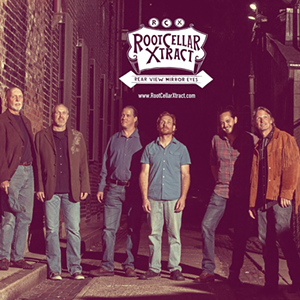 Along with RCX tunes, the band (featuring singer/songwriter Clyde Bailey and many other estimable area musicians) will play songs written by various colleagues and peers whose work they admire. Among the planned artists to be honored are Roots/Blues guitar-slinger/songwriter John Ford, Mark Becknell (who released a great solo album in 2015 and currently plays with Frontier Folk Nebraska and Queen City Silver Stars), Jim Pelz (renowned for work both solo and with bands like Hickory Robot; he was also an early participant in RCX) and popular Country singer/songwriter Noah Smith, who just today announced his anticipated debut album, Long Cut, will be released on March 9.

The band will also cover some Jeremy Francis (another local music veteran, known for his work with Blue Caboose, Bibs and Barefeet, Atlas River and other projects), who will be on hand to kick the show off with his own set at 9 p.m. Find more show details here.