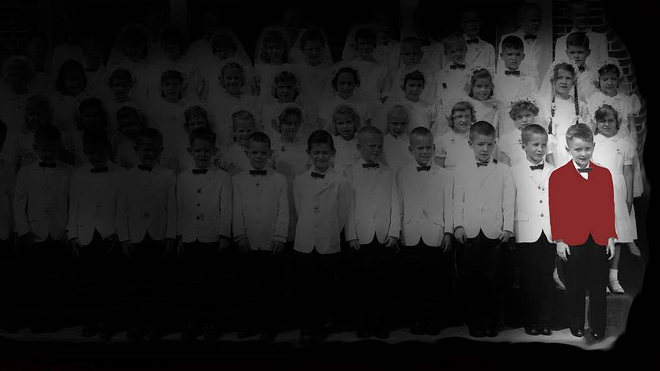 Photo: Provided
Copper’s 'The Devil You Know'
The second album from Copper, the project of local singer/songwriter Peter Obermark that features a supporting cast of accomplished Cincinnati musicians, is set for release Thursday. The Devil You Know will be fêted with a free release show Thursday at The Redmoor (3187 Linwood Ave., Mount Lookout, theredmoor.com). Copper (Obermark plus many of the guest musicians from the new album) performs at 8 p.m., followed by Flying Underground, the band led by acclaimed songwriter/guitarist Brian Lovely.

Obermark’s dedication to the power of a strong melody is evident across all 10 tracks on The Devil You Know, putting him in Cincinnati’s enduring lineage of smart, clever and potent Pop Rock that is led by veteran songwriters like Rob Fetters, Bob Nyswonger and Chris Arduser of The Raisins/psychodots family (Arduser co-produced Copper’s new album and is one of the main instrumentalists on the release, while Nyswonger provides bass on a pair of tracks), Roger Klug, Lovely (who lends guitar to album closer “The Revulsion Will Not Be Televised”) and others. Over the past three-decades-plus, many songwriters have shown the influence those great craftspeople have had on their writing, and with his Copper releases, Obermark proves himself be one ofthe more gifted disciples.

Highlights from Copper’s latest include the effervescent title track and its rock-solid, harmony-laden chorus hook, the dynamic “Radio Free Jesus,” with its engaging tonal shifts between gloom and radiance, and the fuzzy, frisky romp “Death and Texas,” one of two cuts to feature the resplendent vocals of Cincinnati singer Krystal Peterson.

In 2012, Mike Oberst of Cincinnati Folk greats The Tillers was introduced to Jean Dowell, a talented college basketball player and celebrated coach. The North Carolina native moved to Cincinnati in the early ’70s, just as the Mount Saint Joseph University’s women’s basketball team was created. Dowell became the team’s coach and over the next two-dozen years led the team to several championships. Her impressive career has earned her spots in five sports hall of fames, including the Ohio Basketball Hall Fame.

Oberst and Dowell bonded, but not over basketball. Dowell grew up listening to and singing old-time Folk music with her family and, while in grad school in her 20s, she rekindled her love affair with those sounds, learned guitar and began writing songs. When Oberst heard her original songs, he encouraged her to perform them in public. The pair recorded a track for 2013’s locally spawned Music for the Mountains compilation; in 2014, Dowell played her first show.

This week marks the latest phase of Dowell’s long and winding musical journey: the release of her first album, A Place Way Back in Time. Featuring 19 of Dowell’s compositions from throughout the years, the album was produced by Oberst, who also lent his instrumental skills to the recordings. Anticipation is high for the album — when this Saturday’s release show at Ludlow, Ky.’s Folk School Coffee Parlor was announced, it sold out so quickly that a second show was added. That show has since sold out as well.

One of Greater Cincinnati’s crown-jewel music events, the Blues & Boogie Piano Summit, returns Friday and Saturday for its 17th-annual celebration of the vintage Boogie Woogie style. The music has a big, dedicated following in Europe, and the Summit always reflects the genre’s international appeal, showcasing players from all over the world.

Go to rickynye.com for more details.