The band promises to create intoxicating "space-scapes" on stage.

Right around the time when electronic music was having a surge in popularity, Scott Land and Derek Andersen just happened to be sitting across from one another at a dance music festival in Los Angeles.

After talking a bit and getting to know one another, they realized they were both students at the University of California, Irvine. The serendipitous moment led the two of them to start writing and recording music together as SLANDER.

Both Land and Andersen would attend Icon Collective College of Music, a music production school. While at the Burbank, CA-based school, they met fellow producer NGHTMRE, who worked with them on a rollicking remix of "We Like to Party" that incorporates ratcheting percussion, distorted vocals and blaring synths.

“['We Like to Party'] was the first song that blew up for both of us,” says Land during a recent conference call with Andersen. SLANDER performs on Friday, Oct. 14, at MegaCorp Pavilion.

“I still remember the room in the school where we made it. That was a pivotal moment in our careers. NGHTMRE had been producing for eight years before he got to Icon. He had a ton of knowledge, and we just became best friends. We had been DJing and knew about that, and he didn’t know how to DJ at all. We swapped skills in a way. He helped us with production. We helped him on the DJing aspect. We taught him the persona of performing. That was a big part of us creating our core group. He was sharing our music, and we shared his music. We did shows together and created our own little clique. That helped us get the ball rolling and gave us a support system.”

After releasing a series of EPs and touring relentlessly, Land and Andersen started working on what would become Thrive, their first full-length. They devoted copious time to writing and recording when the pandemic shut down touring.

“Because we were DJs first, we have always changed our sound,” says Andersen when asked why it’s taken so long for the band to drop a full-length. “That’s why it was hard to make an album. We bounced around to different genres. I think in the past four or five years, we have tried all these different things and arrived at what we like making. We have these big vocals and melodic bass sound. That’s what the majority of the album is. It’s what people expect us to make. There’s industrial techno songs on there too. It’s been a long journey of all the music we’ve made in the past. That’s been our exploration. We want to find our sound and where our home is within the whole universe of music.”

The album’s theme centers on a “cosmic love story” that traces the trials and tribulations a spaceman faces as he leaves the earth because it’s dying. 
“As [the spaceman is] on this journey, he’s having flashbacks of his memory of home,” says Andersen. “That’s what all the songs in the first three-fourths represent. It’s him reliving his past memories. That’s the short version of the concept.”

The group worked out of its studio in Venice, Calfornia and recorded some of the album at home. “Halfway Down,” one of many highlights on the album, features guest singer Ashley Drake. Drake's evocative vocals start off the track, which then segues into the kind of sonically dense electronic music for which SLANDER is known.

“We’ve been big fans of [singer-songwriter] Lewis Capaldi,” says Andersen in making a point of comparison between Drake and a more popular pop singer. “We like that really raspy, extremely emotional voice. We were sent this song, and I remember hearing it and thinking this guy was a Lewis Capaldi clone but just as good. He was a super-new artist. He had only one or two other songs on his Spotify. It’s amazing to find something random like that and hear the level of talent. That’s one of my favorite songs on the album. There aren’t a lot of dance tracks with that tone of voice.” 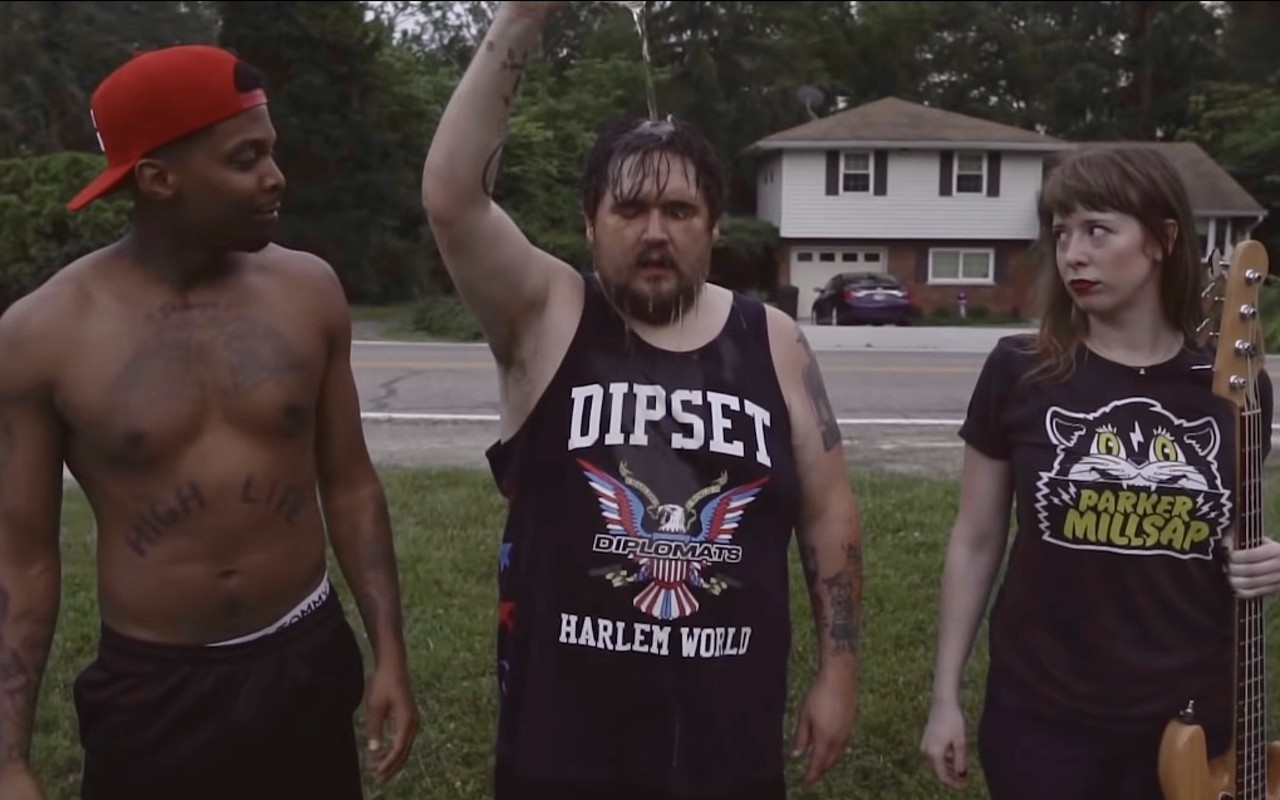 
Given that Thrive offers an immersive listening experience, it only makes sense that Andersen and Land would create an immersive live show that features contributions from the visual artist Roboto.

A press release for the trek promises the band will create intoxicating "space-scapes" on stage.

“Roboto is a very high-level CGI artist,” says Andersen of the band's frequent collaborator. “He does photography too. We’ve worked with him for seven years. He’s done our album covers and show visuals. He was a big part of the new visuals for this tour, and we’re bringing our 'eye' stage rig. It’s this giant diamond rhombus. Our logo is based on the evil eye symbol. When the pandemic hit, we were on a 15-city tour of major cities that got cut short. On this tour, we’ve expanded the dates and are now coming to some places we didn't plan on coming to for a long time, including Cleveland. We couldn’t be more excited.”

This story was originally published by our sister publication Cleveland Scene.