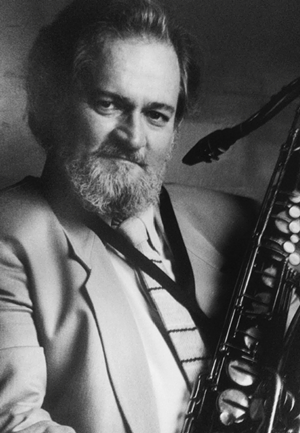 Jimmy McGary
Tenor saxophonist Jimmy McGary was a major presence in the Cincinnati music scene from the 1950s until his death in the early ’90s. With music rooted in Bebop with a progressive slant, the Jazz legend was a session player for King Records and released his first album as a bandleader — The First Time (with a quartet that included pianist Pat Kelly) — in 1979. McGary later released Palindrome, an album recorded with Queen City native and accomplished Grammy nominee Fred Hersch that was released through Cincinnati-based MoPro Records in 1987.

McGary’s spirit and legacy have lived on well after his passing and well beyond Cincinnati, as evidenced in the new documentary film Jimmy McGary: The Best Jazz You Never Heard.

The hour-long film was made by Cincinnati native Christopher Braig, an experienced saxophonist/flutist/composer whose most recent album, Free Jazz Dance Party Vol. 1: Cosmological Boogaloo (with the group 4=ONE), was released last year. Braig also tours regularly and is a part of the New York City-based experimental project Breathe-Live. The Best Jazz You Never Heard is his first stab at filmmaking.

For the film, Braig interviewed several of McGary’s musical cohorts, friends and family, from Cincinnati to New York, including local Jazz greats like Kelly, Steve Schmidt, Wayne Yeager, Lou Lausche and Rick VanMatre. The movie — which was recently selected to screen at the 2019 New York Jazz Film Festival — also contains a lot of McGary’s music and a very rare video of the saxophonist performing. (Watch the film's trailer below.)

“Growing up in Cincinnati I heard Jimmy McGary play dozens of times between 1985 and 1991,” Braig says in his director’s statement. “He has inspired and informed my career ever since. I was driven to make this film with no experience because the story was likely to be lost to the icy silence of time.”

On April 25, there will be a special premiere of The Best Jazz You Never Heard at Caffè Vivace (975 E. McMillan St., Walnut Hills, caffevivace.com). The event begins at 8:30 p.m. and, along with the screening, a band featuring Braig, Yeager, Lausche, drummer Matt McAllister and saxophonist Brent Gallaher will play some of McGary’s music. Admission is $10. For reserved seating/advanced tickets, click here.

Find more info on the film (and a companion book) at ancientaction.com.