He called his band “Limp Bizkit,” combines bad rapping with Heavy Metal and made a horrifying sextape (that was mysteriously leaked online). If nothing else, Fred Durst is incredibly accommodating when it comes to providing punchline set-ups. He was at i 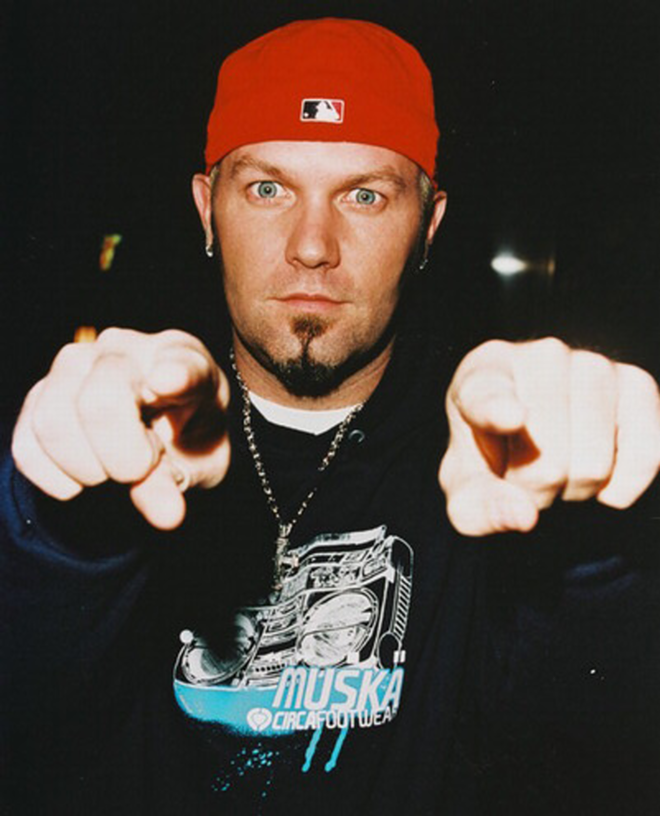 Durst Jokes Continue to Write Themselves

He called his band “Limp Bizkit,” combines bad rapping with Heavy Metal and made a horrifying sextape (that was mysteriously leaked online). If nothing else, Fred Durst is incredibly accommodating when it comes to providing punchline set-ups. He was at it again recently when it was announced that he had signed a deal with CBS to develop a sitcom, in which he’ll reportedly star. The announced name of the show? Douchebag. Seriously. Thanks again, Fred. We look forward to Limp Bizkit’s next album, Worthless Pile of Feces.

Forget Ashton and Demi — for Indie Rock fans and music critics, the tabloid-worthy break-up of the millennium is the separation of Kim Gordon and Thurston Moore — or Gorston, if you’re looking for a “Bennifer” or “Brangelina” type nickname to save time. When the Sonic Youth camp issued a statement confirming that Gorston was over, the blogosphere went more ga-ga than when R.E.M. announced their divorce. (Sonic Youth will finish out a string of tour dates next month, but after that, the band’s future is uncertain.) The bassist and guitarist have been married since 1984 and became like Johnny and June Cash for Generation Xers — the perfect relationship every couple strives for, with creative and personal lives completely and (seemingly) blissfully intertwined. For the first time ever, hipsters worldwide uttered the rhetorical chestnut, “If those crazy kids can’t make it, what chance do the rest of us have?” without a smidgen of irony. Ever break up with someone and then have to go fetch a few CDs from your ex? Multiply that by a billion and you’ll have what the Goldmine magazine-worthy divvying-up of property will probably be like during divorce proceedings: “No, I bought the first-pressing, purple-vinyl Pagans 7-inch!”

While a lot of older musicians often can only sit and watch/listen as their music is mined for drum beats, vocal hooks and other incidentals for unauthorized sampling use, Soul singer Syl Johnson is one classic artist you probably should tip your lawyers to if you ever decided to “borrow” a few notes. Or grunts, as is the case in Johnson’s latest legal battle, this time with Jay-Z and Kanye West. The Hollywood Reporter reports that Johnson filed a lawsuit claiming the twosome used part of his song “Different Strokes” on their track “The Joy,” a bonus cut from the blockbuster release, Watch the Throne (the prominent grunt in the song is Syl’s). Johnson — whose “Strokes” has been sampled by numerous Hip Hop artists, including MC Hammer and Public Enemy — in the past has reportedly filed suits against the likes of Michael Jackson and Jefferson Airplane, and he’s won compensation from Wu-Tang Clan and Kid Rock, among others. Something tells us another settlement is in Johnson’s future — both Jay-Z and Kanye could probably make a pretty hefty pay-off with just the money they find under the seats of their Lamborghinis.