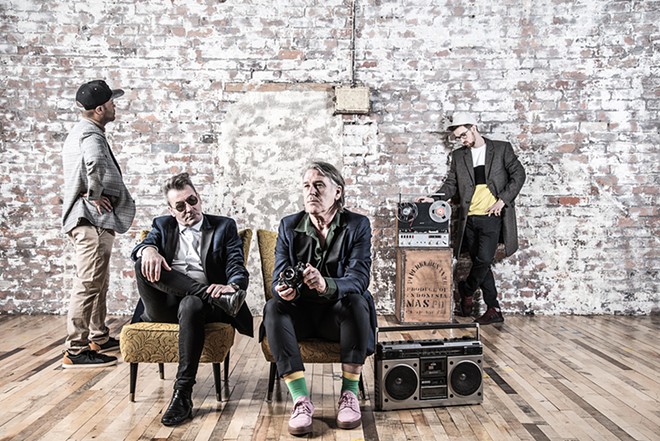 Although '80s synth pop icons China Crisis never broke out in America, they were one of the hottest new wave commodities to emerge from the Liverpool scene. The group earned gold records and charted 10 hit singles in Great Britain and a number of other countries, including their lone top 10 smash, “Wishful Thinking,” in 1983.

With keyboardist/vocalist Gary Daly and guitarist/vocalist Eddie Lundon as the band's only constants, China Crisis notched several impressive accomplishments. Two of the biggest were enticing Steely Dan guitarist Walter Becker to produce their third and fifth albums (an honor, considering Steely Dan was one of China Crisis' avowed influences, along with David Bowie, Brian Eno and Talking Heads) and sharing stages with the likes of Tom Verlaine, Haircut 100 and Simple Minds.

While China Crisis only has seven studio albums to date along with some gaps in their history – five years between 1989's Diary of a Hollow Horse and 1994's Warped by Success, and then another 21 years before their last recorded effort, 2015's Autumn in the Neighbourhood – don't make the mistake of thinking that the band's current U.S. tour represents a comeback of some sort. The band has rarely been off the road for too long, as evidenced by the five live albums that have been available over the years, plus they've remained on the industry's radar with no fewer than five retrospective collections over the past three decades.

Co-founder Daly has a spectacularly sunny perspective on China Crisis' long run, preferring to look at its legacy rather than its history.

“The music never dies,” he tells CityBeat from his Liverpool home. “A lot of bands will continue and there will only be one original member and sometimes not even that, and that just tells you the music lives forever. The people who make it don't, but if you get lucky, your song gets sung forever.”

Daly is fairly certain that China Crisis' upcoming show at Ludlow Garage is the band's Cincinnati debut (“I'd remember that name, Cincinnati...people in Europe talk about Cincinnati as a music city.”). He's certain that fans and first-timers alike will find something to love in the band's presentation.

“It might be, 'What the hell? What do they even look like now?'” Daly says. “But I think people will be pleasantly surprised when they get to see us in Cincinnati because the music is as spritely and vibrant as it was 40 years ago when we started making it.”

“Technology has helped with that because absolutely everything now is accessible. It's fascinating,” he continues. “Drum machine sounds, Roland Jupiter 8 synth sounds, DX7 sounds – we can reproduce them all. I think we actually sound a bit better than we did a while ago because the technology wasn't great then, and now it's sharp.”

China Crisis has been a fixture on the road for the bulk of its 40-plus year existence, and during that time, the band has played in every conceivable (and sometimes inconceivable) situation, from one-off dates to full scale tours to festivals, in an equally wide-ranging type of venue.

As such, Daly and Lundon (and on this tour, keyboardist/programmer Jack Hymers and saxophonist/percussionist Eric Animan) have perfected the art of molding their setlist and live presentation to match the personality of the venue and audience. And on this current American tour, China Crisis’ set could very well include songs that Daly and Lundon wrote via Zoom during the pandemic.

“It takes us about two hours to get through each evening; we go from the very beginning right up to now,” says Daly. “We play it by ear each night. We turn up at a place where people are eating and drinking and sit down, and we play that set. We turn up at a rock and roll venue, and we play that set. We're on a stage with a lot of other people, we know how to do that.”

“We've just done the Classic Crisis Tour in Britain, which was a theater tour with visuals and a story and we knew exactly what we were doing each night in each venue,” he adds. “It's not like that when we go to the States and we're doing 26-odd dates in God knows what kind of venues.”

Given the time that has elapsed since Daly and Lundon first assembled China Crisis in 1979, it's natural to wonder what songs from their brief but potent catalog still resonate for the two songwriters. When Daly answers the question, he doesn't cite specific songs but rather the range of emotions that accompany each track.

“The ones I absolutely love, you can hear as young lads, feeling our teens, in love with our girlfriends and loving our lives and our mates, getting a record deal, having all those early successes,” says Daly with a measure of pride. “And I'm not talking about the hit records, but the little obscure album tracks that we play from the first or second records. And some of the songs from Autumn in the Neighbourhood are great to play because there's a bit more depth to them and they're a bit more composed. We've obviously learned and developed and grown and some of them are a bit deeper and about actual life events and you can feel that as well.”

After the five year gap following the tour to support Diary of a Hollow Horse in 1989, the longest time China Crisis has been off the road was during the coronavirus outbreak. They were in the midst of a particularly hectic schedule, juggling two separate American circuits and a run through Europe, when everything ground to a halt.

“We were heading toward Ireland in March. We were literally on the plane and Eddie was already in Ireland, and he messaged us and said, 'Go straight to the Aer Lingus desk when you get off the plane and get a flight back to Liverpool. They're shutting down Ireland,'” Daly recalls. “We'd heard it all on the news and you'd see the Chinese planes and everybody's in masks. Ed was saying, “It's not good,' and I was like, 'What are you on about?” When it did kick in, I thought, 'Maybe a few months, everything will be back.' It was such a shock.”

As bands increasingly return to the stage, the age range at shows is growing, particularly in the audiences of legacy acts like China Crisis. While Daly has seen a preponderance of slightly older generations at China Crisis gigs as well as shows of all sorts – and he wonders if today's music fans have largely turned their backs on the live experience – he's encouraged when he sees younger people.

“You can tell when there's families coming, and that's always lovely,” says Daly. “I always tease the kids; 'Okay, who brought you? Who's made you come?' And it's always, 'No,we had your tapes on in the car.' They've grown up with it, and they know it because their mom and dad played it all these times that they remember. It's a really lovely thing.” 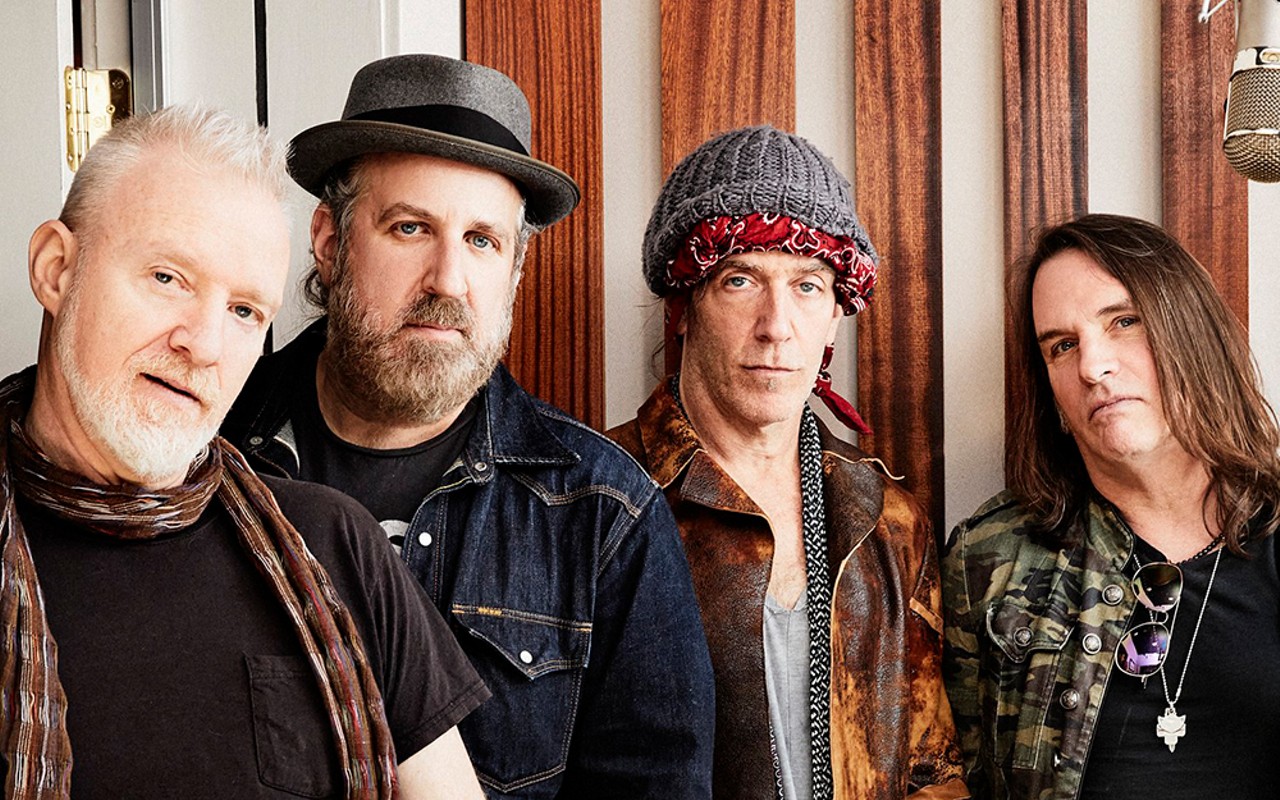