Now based in California, the rapper/producer will present his “artist entrepreneurship” program for area independent artists looking to maximize revenue prospects at Elementz Youth Center on Sept. 17 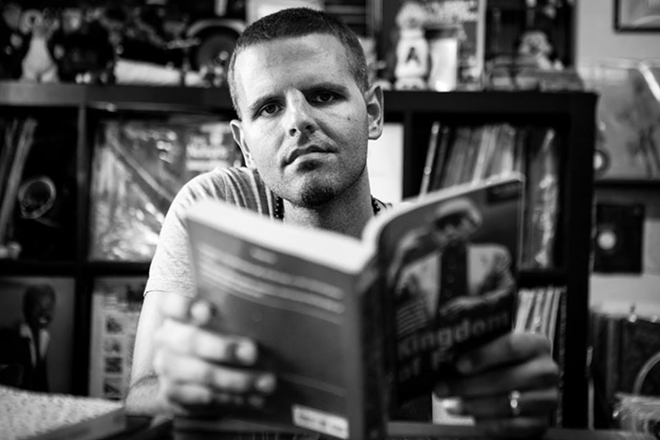 Former Cincinnati-via-Dayton Hip Hop artist Ill Poetic is coming back to the Queen City next month to perform at the Overcast Hip Hop Festival at Top Cats, which runs Sept. 20-21. When he’s back in town, the rapper/producer born Timothy Gmeiner (who now lives in San Diego) will also be sharing what else he’s been up to of late and hosting a workshop on “artist entrepreneurship” for area independent artists at Elementz Youth Center on Sept. 17.

According to the event page for the Elementz event, the workshop “is designed for songwriters, producers and engineers. We'll be discussing concepts of ownership, passive/active income and how to create revenue streams from the various stages of album creation and release.” Gmeiner says the workshop covers things like “campaign roll-out, maximizing limited resources, creative discipline, adaptation, passive and active revenue streams, spotting industry shifts, time management, team building and much more.”

The Sept. 17 Idiot's Guide to Anarchy workshop at Elementz begins at 6 p.m. It’s free to participate and open to all ages. Attendees are encouraged to register ahead of time via Eventbrite.

Read more about all of Ill Poetic’s projects at illpoetic.com.