Returning to Cincinnati’s riverfront May 31-June 2, this year’s Bunbury is the first since promoters PromoWest was acquired by huge global promotions company AEG and the first since PromoWest announced a partnership on a new concert facility in Newport 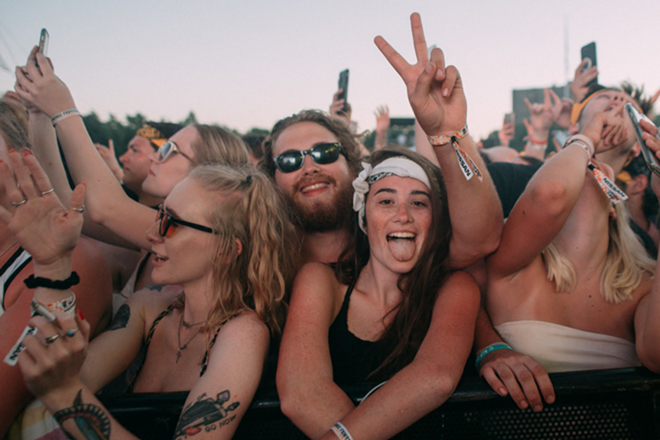 Founded by veteran Cincinnati promoter Bill Donabedian, the Bunbury Music Festival began drawing thousands of music fans from across the region in 2012 with early lineups that included bands like Weezer, Death Cab for Cutie and The National. In 2014, Columbus, Ohio’s PromoWest Productions took over, helping further cement the riverfront festival’s status as one of the region’s marquee Alternative-to-mainstream music events with bookings like The Black Keys, The Killers, Muse, Jack White, The Avett Brothers, Tom Petty (with Mudcrutch), Snoop Dogg and Post Malone.

Bunbury 2019 will feature headlining acts like Fall Out Boy (who also performed at 2014’s fest), The 1975 (which played a sold-out Cincinnati show at PNC Pavilion earlier in May), Greta Van Fleet, Girl Talk and Run the Jewels. There is also a pair of popular ’90s bands who’ve carried on after losing their lead singers to accidental drug overdoses — Stone Temple Pilots and Sublime with Rome. Undercard options include Clutch, Joywave, Flora Cash, Jukebox the Ghost, Great Good Fine OK, Tropidelic and Reignwolf.

Here’s the full schedule of events for this weekend’s fest: Thursday there will be a free Bunbury kick-off party at 7 p.m. at AC Upper Deck (near Great American Ballpark), featuring a performance by L.A. Indie Pop group Paper Jackets. There will also be post-fest shows each day.

On Friday, American Authors are playing a free acoustic show at Aloft at Newport on the Levee.

Lovelytheband and The Orphan The Poet perform at Memorial Hall on Sunday to close out the Bunbury festivities in style.

The after-party concerts will begin around 11:30 p.m. Click here for more on the Bunbury Late Night shows.