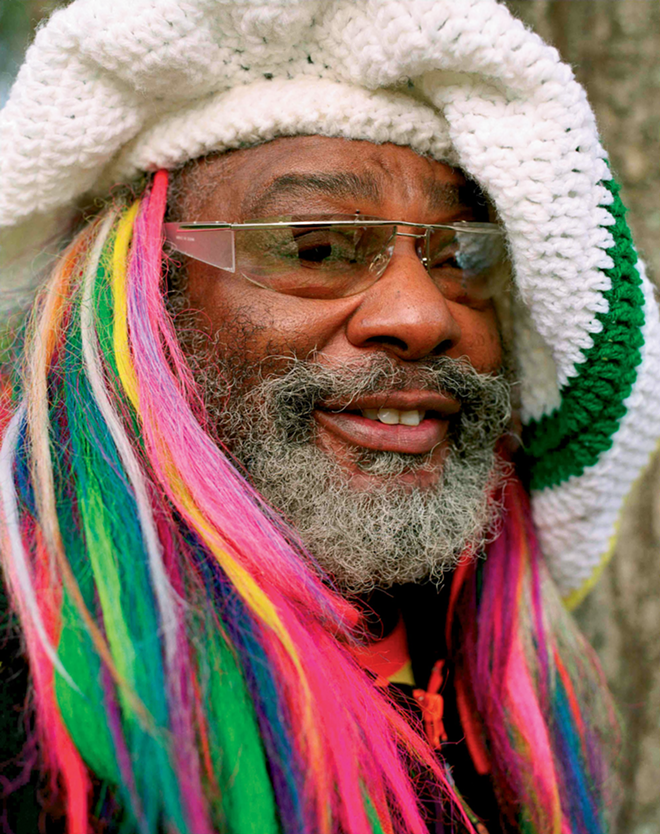 What’s happened to — and because of — Clinton in the 50-plus years between those extremes is nothing less than the history of Soul, Funk and Rock; his shadow looms large across the musical landscape.

Clinton split his band into separate entities — Funkadelic explored the intersection of psychedelically charged Rock and raw Funk while Parliament expanded the parameters of Soul, Funk, Pop and wildly surreal musical theater. Surfing his career’s inevitable peaks and valleys, Clinton has notched a highlight reel of incredible accomplishments: over 40 hit R&B singles and three No. 1s with Parliament-Funkadelic; a trio of platinum albums; production credits for Bootsy Collins, Red Hot Chili Peppers and others; an amazingly diverse solo career; a reputation as one of Funk’s primary architects with the additional honor of being one of music’s most sampled artists; Rock and Roll Hall of Fame inductee; NAACP Lifetime Achievement Award recipient; and object of idol worship in the Rock and Rap communities.

The only thing better than grooving to P-Funk with headphones and your choice of soul buzz is sweating off 10 pounds on the dance floor when he brings his Funk circus to town. Tear the roof off this mother, indeed.