Wednesday • Ballroom at the Taft Theatre 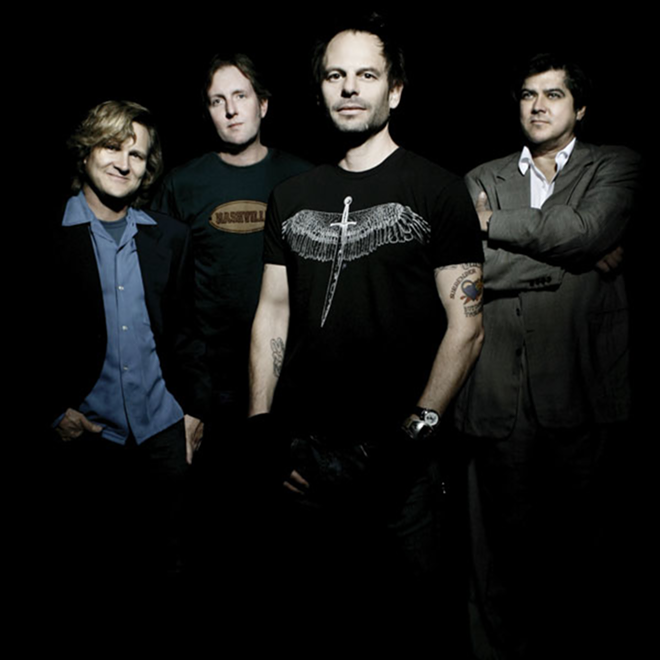 Gin Blossoms blew up and deflated quickly, going from mondo-selling MTV staples behind the relentlessly catchy single "Hey Jealousy" — an era-defying Power Pop oasis in a desert of Grunge — to extinct by 1997. But things got weird before their breakthrough second album, 1992's New Miserable Experience, was even released — co-founder, guitarist and chief songwriter Doug Hopkins was fired from the band for his ongoing issues with alcohol. Then, after the Hopkins-penned "Hey Jealousy" became a hit, the troubled former member committed suicide in December 1993.

The 1996 follow-up album, Congratulations, I'm Sorry (the title is a reference to Hopkins' demise amid the band's commercial success) failed to reach the popularity of its predecessor, and the band broke up less than a year later.

Yet here we are, more than two decades after their cultural high-water point, and a reformed Gin Blossoms is still kicking, still playing live shows for ’90s nostalgics. (They even teamed up with Everclear, Sugar Ray, Lit and Marcy Playground for a 2012 tour called Summerland.)

It's easy to understand why they've managed to stick around despite releasing only two albums of new music (2006's Major Lodge Victory and 2010's No Chocolate Cake) over the last 18 years — there's a timeless quality to Gin Blossoms' deftly crafted, jangle-laden Power Pop.