"The Battle at Garden’s Gate," bassist/keyboardist Sam Kiszka says, "is like a soundtrack to a movie that’s not been created." 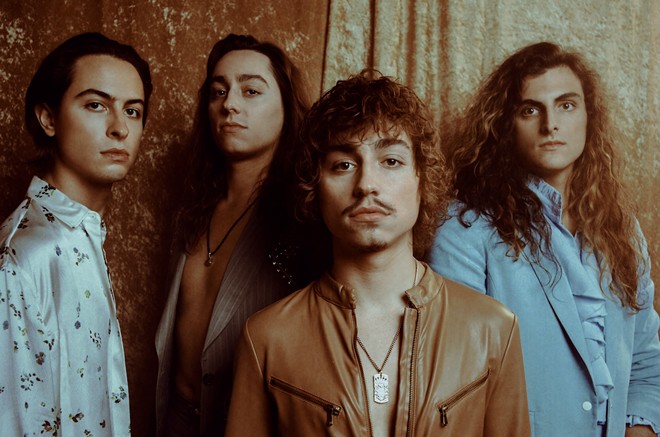 It’s strange how certain aspects of a band’s sonic presentation can inspire a critic’s wrath and yet make a fan swoon. The late, great Lester Bangs cited the first Black Sabbath album as a Cream rip-off, while Rolling Stone infamously dismantled Led Zeppelin’s inaugural album as a pale imitation of the Jeff Beck Group and called Robert Plant a sub-par copy of Rod Stewart.

All of those criticisms were ignored by music listeners, whose impassioned loyalty to the bands and albums in question pushed them into gold/platinum sales and Hall of Fame careers. Oddly enough, a similar construct still exists in contemporary music, with those long-ago-dismissed bands and albums being used as yardsticks for up-and-coming groups.

Greta Van Fleet understands the vagaries of Rock criticism as well as any band of the past decade. The quartet — formed in tiny Frankenmuth, Michigan in 2012 and based in Nashville, Tennessee since 2020 — found themselves on the negative end of Zeppelin comparisons with their 2018 debut, Anthem of the Peaceful Army. Critics focused on Greta Van Fleet’s Page/Plant similarities (Plant himself praised the band for its parallels to Zeppelin), ignoring the complexities of their sonic recipe in favor of chastising them for the simplicity of their translation.

“We all have different inspirations,” bassist/keyboardist Sam Kiszka tells CityBeat. He and his brothers, twins Josh Kiszka (on vocals) and Jake Kiszka (on guitar), comprise three-fourths of Greta Van Fleet, while childhood friend Danny Wagner has been the drummer of record since 2013. “I find myself deeply rooted in Jazz because I got into the keyboards; Motown and Jazz were really captivating to me,” Kiszka says. “Daniel was always into Folk — he’s a great guitar player, too, and he was influenced by mid-century Folk like Peter, Paul and Mary and John Denver. Josh was infatuated by things that were really different, like World music, South African stuff. And Jake always gravitated toward things that were heavy and had an attitude, like White Stripes and everything from Cream to Led Zeppelin.”

“We came from different places but we all listened to the same music growing up — Allman Brothers, Aretha Franklin, Otis Redding, the old Blues guys like Robert Johnson. We all see eye-to-eye in the same way,” he adds. Ironically, by the time of Peaceful Army’s release, Greta Van Fleet had already notched several hit singles — including “Highway Tune” and “Safari Song” — been invited to play Elton John’s Oscar party and made their national television debut on The Tonight Show Starring Jimmy Fallon. Two months after the release of the Peaceful Army, the band’s 2017 eight-song EP From the Fires was nominated for four Grammy Awards, ultimately winning for Best Rock Album. And in January 2019, they were the musical guest on Saturday Night Live.

Pretty heady stuff for a bunch of twentysomethings from rural Michigan.

“It all happened so fast,” Kiszka says. “We came out of a family vacation, did SNL, flew over to Japan for a short tour, then to Australia for a short tour there, and then flew into L.A. for the Grammys. It just never stopped. We were never home. We never had the time to sit back and think about what was going on.”

The payoff was worth it, though.

“SNL was a bit nerve-wracking, but we knew we were a great band and we had that covered,” Kiszka says. “We always have each other to lean on. When you’re a unit, it’s much easier to go forward with confidence. I think it’s a primal instinct.”

Last April’s release of Greta Van Fleet’s sophomore album, The Battle at Garden’s Gate, was met with a somewhat more muted response. The album debuted at No. 7 of the Billboard 200 chart, and in the top slot of the Top Hard Rock and Top Rock Album charts. The singles pulled from the set, “My Way, Soon” and “Age of Machine,” also did quite well. But reviews were mixed, and there were no Grammy nominations at year’s end.

While Kiszka notes the band might have been slightly disappointed in the Grammy snub, particularly for The Battle at Garden’s Gate producer Greg Kurstin, they don’t necessarily place a lot of stock in the award.

“We don’t hold the Grammys as the highest echelon of success,” he says. “It’s really about the live show for us. If we can pump those people full of energy and love and inspiration, and they can pump us up with the same thing, that feedback loop happens. And when all those people leave, I hope they take that energy and put it out into the world and create their own stuff and make a difference in the world, which is what we all want to do.”

For Greta Van Fleet, The Battle at Garden’s Gate represented a major leap forward in the studio. The band’s approach to songwriting wasn’t substantially different — some songs on The Battle at Garden’s Gate were actually written before the material on From the Fires — but they found a kindred spirit in producer Kurstin and greatly expanded their ideas on how to arrange their music.

“We got lucky with Greg,” Kiszka says. “The first time in the studio, we started talking about albums, like Odessey and Oracle by the Zombies, and Hans Zimmer’s Ambient scores and all the great Western soundtracks and John Williams and his stuff. We recorded ‘Light My Love’ and put together that arrangement, and when it was done, we were like, ‘Yeah, this is how we have to make this album.’”

The Battle at Garden’s Gate represents a significant evolutionary step for Greta Van Fleet as they embark on a path that will likely see even more growth. It’s an impressive leap for a sophomore album.

“Everything that came before Garden’s Gate was minimalism,” Kiszka says. “It was pretty bare bones, nothing was buried, you could hear every instrument and every overdub perfectly clear. That was great for what it was, but the album we really wanted to make, we couldn’t have gotten away with right out of the gate...accidental pun. Garden’s Gate is almost like a soundtrack to a movie that’s not been created. It’s widescreen. It’s cinematic.” 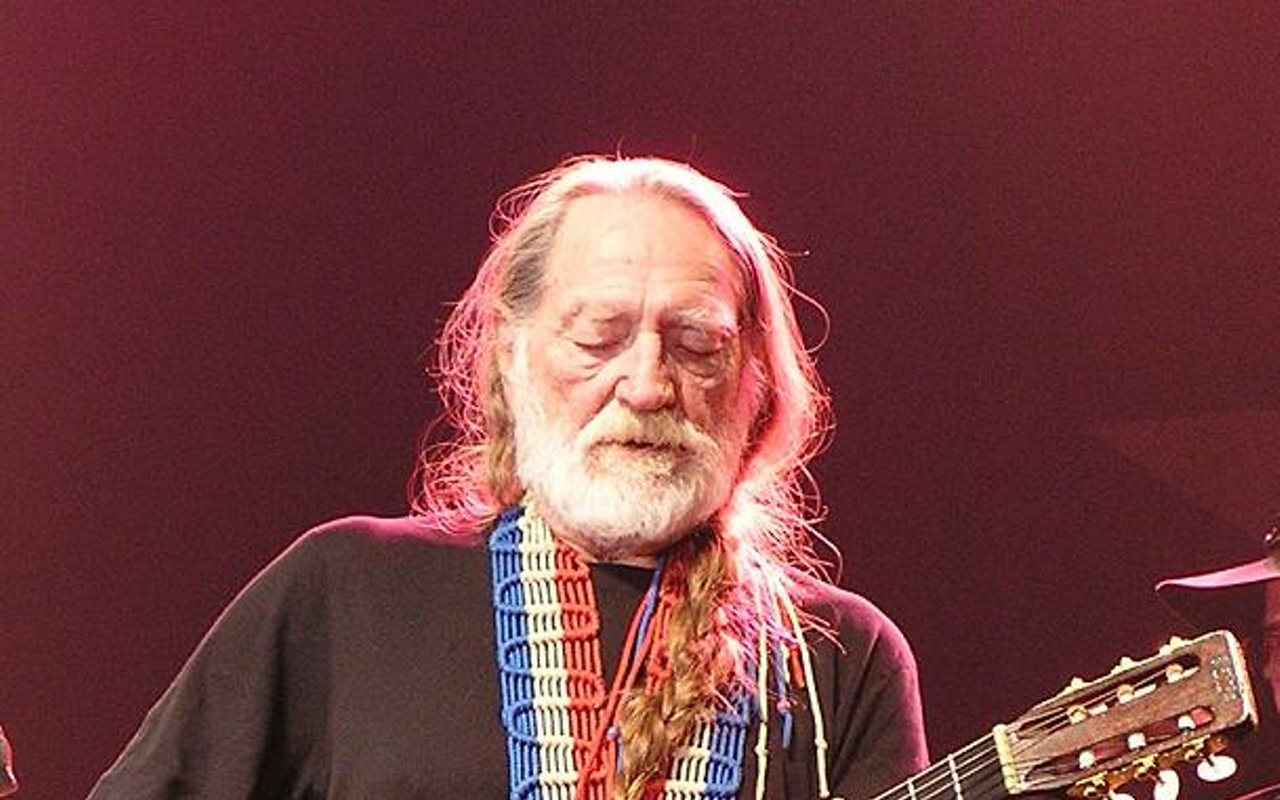 Willie Nelson and The Outlaw Music Festival Tour Are Coming to Rock Riverbend This Summer: Tickets go on sale to the public at 10 a.m. March 25.

Part of the new album’s charm comes from the result of Greta Van Fleet’s mashing up of old equipment and new technology, marrying that intersection with their big-picture vision.

“We used microphones and keyboards from the ’40s and modern programs designed to take entire tracks and slow them down or speed them up,” Kiszka says. “We fused this all together. Some of the guitar tones were inspired by the Beatles, but then we took them to the next level. We had the songs. It was about layering them and creating a sonic environment so you can close your eyes and have this clear image of where you are and what kind of scene you’re watching, like reading a book almost.”

“This is the album we always wanted to make and that defines Greta Van Fleet as it currently is,” he attests. “As that evolutionary trail keeps going, we’ll see.”

Kiszka notes that the making of Garden’s Gate has had an impact on the way Greta Van Fleet approaches their early work (“It still holds the same idea and energy, but now it’s presented in a more mature way when we play these songs live,” he says), but the real effect of the past five years will likely be found on the band’s next album, which they began writing during the COVID-19 pandemic.

Some teaser songs may show up in the band’s current set list, but the fact is that Greta Van Fleet has a very well-defined sense of self, and if there are changes in the group’s songwriting dynamic, it will be a natural advancement, another logical piece of the Greta Van Fleet jigsaw puzzle.

“On Garden’s Gate, I wouldn’t say anything significantly changed on the songwriting front, but I think it’s still quintessential Greta Van Fleet because we took songs that existed around 2015 or 2016 and revamped them and recreated them,” Kiszka says. “That’s also a metaphor for artists in general. You have to recreate yourself, shed skins and create new things, and the fun and excitement translates.”

Greta Van Fleet plays the Heritage Bank Center (100 Broadway St., Downtown) on March 29. Tickets start at $49. As of press time, a negative COVID test or proof of vaccination is required. More info: heritagebankcenter.com. (Editor's note: this show has been postponed.)