Tickets are on sale now for the June 9 concert. 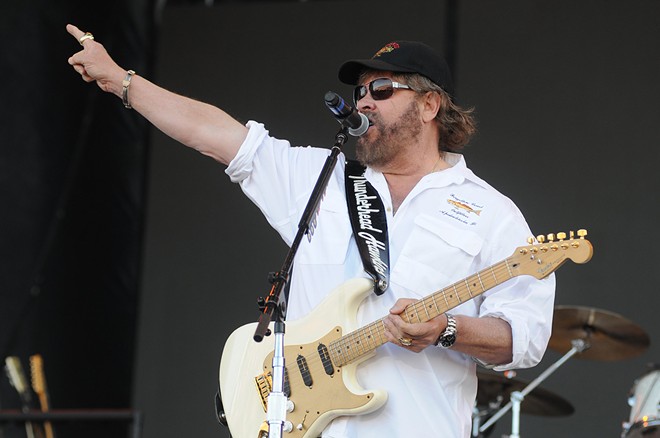 Hold on to your hats! Hank Williams Jr. and Old Crow Medicine Show are coming to Cincinnati's Riverbend Music Center this summer for what is sure to be a rowdy, raucous night.

With roughly six decades of music making and chart topping under his belt, Williams Jr. is a force to be reckoned with on any level. He’s still rocking with the younger set of country musicians, recording with the likes of Justin Moore, Brantley Gilbert and Brad Paisley.

Williams Jr.'s latest album, Rich White Honky Blues, which he recorded with Ohio’s own Dan Auerbach (The Black Keys), debuted No. 1 on the Current Country, Americana/Folk, and Blues Albums charts, according to a press release. There’s no other way to say it: The man is a legend.

While Old Crow Medicine Show hasn’t been in the game for quite as long, they’re equally as legendary. The Nashville-based bluegrass collab has been in the business since the late ‘90s and has put out a string of well-made and well-loved albums that any bluegrass, folk or old school country fan can likely name among their favorite recordings. And let’s not forget that it’s Old Crow that originally wrote Darius Rucker’s biggest hit, Wagon Wheel. (With a bit of help from Bob Dylan).

Williams Jr. may be known for how he can party, but rest assured that the guys from Old Crow Medicine Show can and will keep up. Catch both acts on Friday, June 9 at Riverbend Music Center, located at 6295 Kellogg Ave., California. Tickets are on sale now at ticketmaster.com. For more info about the show, visit riverbend.org.