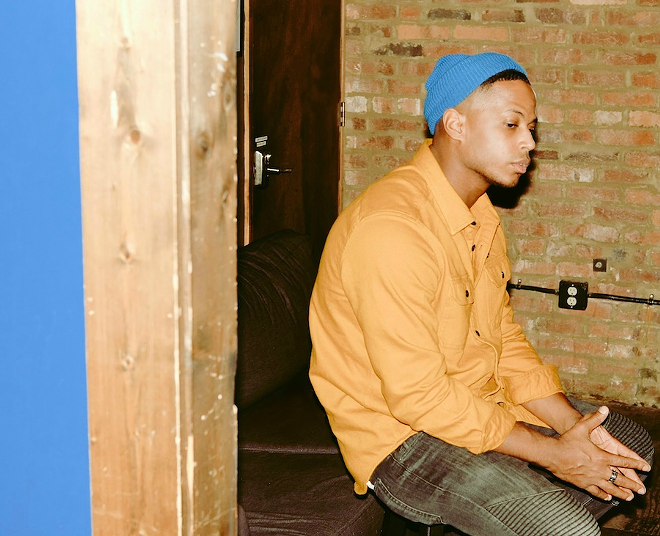 A song by Greater Cincinnati singer/songwriter JSPH is featured in the new Netflix original series On My Block, which premiered March 16. In a scene from the third episode of the series — a high-school coming-of-age comedy that has been hailed for its music selections —  a young women tells a young man at a party to “play something lit” and he pulls up JSPH’s “ComeMyWay,” a fantastic example of the singer’s exhilarating mix of R&B, Pop, Electronica and Hip Hop beats. A recent single release, “ComeMyWay” was produced by DJ Corbett, who has also worked with the likes of Meek Mill, Cal Scruby and Chris Brown.

Newsweek recently praised On My Block's soundtrack, saying the show "makes precise and refreshing musical choices. A lot of the songs are far from mainstream, but consumed collectively, represent the sounds to come."

“Come My Way” has a buoyancy that the 90's RnB it was inspired by doesn't have. JSPH feels childish and playful, a perfect tune for teen romance. You may have already heard the singer’s addictive song, “Breathe,” featured on Pharrell's OTHERtone podcast.

The song placement is the latest big career notch for JSPH, who grew up in Cincinnati and Northern Kentucky (he's a graduate of Northern Kentucky University's Chase College of Law), has been nominated for multiple Cincinnati Entertainment Awards (in 2017 he earned an Artist of the Year nom, one year after being nominated as a New Artist of the Year), headlines some of the biggest clubs in the Cincy area and seems destined for much bigger things. His music has been featured on BBC Radio 1, NPR and Live Nation’s Ones to Watch, while also notching millions of streams on Spotify and other platforms.