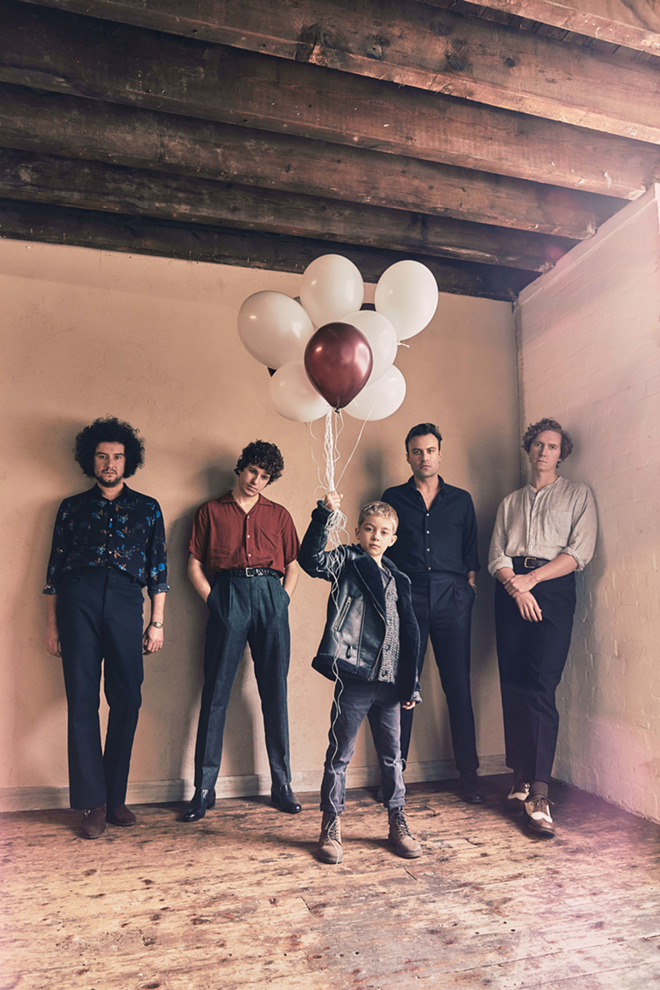 Photo: Andrew Whitton
The Kooks
More than a single meaning can be inferred in The Kooks’ chosen band name. On a strictly surface level, the British Indie Rock quartet consciously christened themselves after David Bowie’s “Kooks” from his 1971 album, Hunky Dory. Dig a little deeper and you uncover an interesting parallel. Bowie was notorious for changing creative guises, and The Kooks, like Bowie, have certainly done their share of sonic experimentation, dabbling in BritPop, Indie Rock, Post Punk, Reggae, Ska, Funk and Hip Hop over the course of their decade-and-a-half history. They’ve also achieved extraordinary success with their debut album and nearly broken up due to internal tumult.

The Kooks were born in 2004 when vocalist/guitarist Luke Pritchard recruited guitarist/vocalist Hugh Harris, bassist Max Rafferty and drummer Paul Garred for a mock music project while they were students at the British and Irish Modern Music Institute. They sent their first demo out in order to secure gigs, but they were inundated with management and label offers. The Kooks had been a band for four months when they signed a contract with Virgin Records.

The Kooks’ debut album, 2006’s Inside In/Outside Out, was an inventive blend of ’60s-meets-’90s BritPop melodicism and Post Punk fury and it quickly amassed a legion of fans. Although reviews were generally mixed — several critics dinged them for the exact qualities that had earned them praise from others — the album was certified quadruple platinum in the U.K. by year’s end. The Kooks’ sophomore album Konk was released in the spring of 2008, just months after the band sacked Rafferty — they said he was drug addicted and unreliable; he said he’d been fired for saying that Konk was a poor album. Despite the controversy, Konk was a hit in the U.K., debuting at No. 1.

In 2009, Garred left the band due to a nerve problem in his arm, but returned for the sessions for 2011’s Junk of the Heart; he played some live radio gigs but didn’t tour with the band and ultimately left for good at the end of 2012, replaced by Alexis Nunez. The Kooks dropped their fourth album, Listen, in 2014; it spent a mere two weeks on the charts and reviews were again mixed, with the negative ones being particularly savage. In 2017, they released The Best of… So Far and mounted a huge “Best Of” U.K. tour, and last year they released their fifth album, Let’s Go Sunshine, which was largely seen as something of a return to form.

What’s next for the foursome? Hard telling — they’re just a bunch of Kooks, hung up on romance, more than a little drama and a whole lot of great music.

Catch The Kooks at Bogart's this Friday. Click here for tickets/more show info.