"Sunflowers" and "Dancing in the Snow" are available now with a donation to support Matthew 25: Ministries. 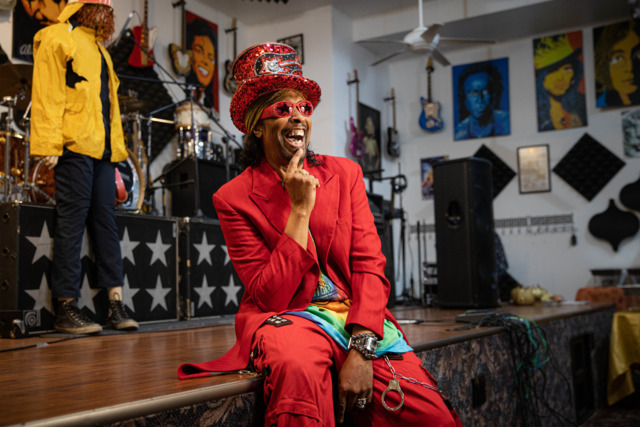 Cincinnati Funk legend Bootsy Collins and prolific guitarist Buckethead have collaborated on music to benefit the people of Ukraine.

The duo has produced two new songs — "Sunflowers" and "Dancing in the Snow" — which are available now with a donation to support Matthew 25: Ministries. A release says the tunes will be released worldwide at a later date.

"Unknown Woman said: Take these seeds and put them in your pockets, so at least sunflowers will grow when you lie down here,” Collins says in a release. “We are all human! Buckethead and I want to relay this message to all people, as we lift up Ukraine."

The sunflower is the national flower of Ukraine and has been used as a symbol of support for the people of that country during Russia's invasion and attacks.

The minimum donation amount to get the songs is $5 via givelynow.com. The website says 100% of funds will be used to help the people of Ukraine. It says, "Matthew 25: Ministries is shipping humanitarian aid and conflict relief to Ukraine and surrounding areas for distribution to refugees and people impacted by the conflict. Due to the severity of this crisis, this will be an ongoing response. Matthew 25 anticipates serving Ukraine and the surrounding region for months if not years to come."

The work of Matthew 25: Ministries in Ukraine has been accredited by the Better Business Bureau's Give.org charity arm.

Listen to a preview of "Sunflowers" below: