The first single from the band’s recently announced next record, "Manticore," brings to mind a Roots-fueled version of LCD Soundsystem. 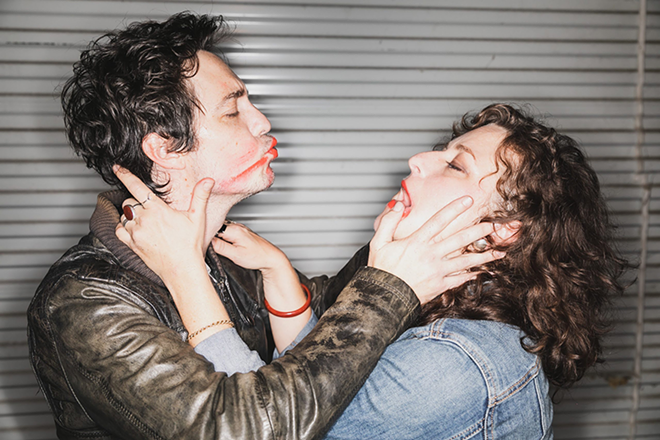 South Carolina-based husband-and-wife duo Cary Ann Hearst and Michael Trent initially had no intention of making Shovels & Rope a permanent music-making union. Yet here we are 13 years and multiple albums later, each effort a slight creative shift following a self-titled debut that announced the presence of two voices with grit and grace, delivering Roots-fortified tunes that simultaneously nod toward tradition and go their own way.

Shovels & Rope’s most recent album of original material, 2019’s By Blood, is perhaps the band’s most sonically expansive set to date, mixing raucous foot-stompers like “I’m Coming Out” and “Mississippi Nuthin’” with mid-tempo soul-stirrers like “Good Old Days” and “C’Mon Utah!,” which at one point finds the duo’s intermingling vocals bursting forth with enough yearning and emotion to make Joe Cocker blush. “Twisted Sisters” is equally stirring, adding horns and strings to the equation with seamless yet blissfully ramshackle results.

“Once we sit down with the music, we usually get a vibe of what the overall tone is, but the way the records come out, sonically, is really more directed by Michael,” Hearst said in a 2019 interview with PopMatters. “We think about records that we like or a vibe that we’re going for.”

“We talked about making it a big, cinematic-sounding record,” Trent responded in the same interview. “We’re always trying to do something a little bit different and the last one (2016’s Little Seeds), I feel like, came across more as guitar rock. We used a lot more sweeping sounds (this time), there’s a lot more drama.”

Sure enough, the first single (“Domino”) from the band’s recently announced next record (Manticore, which is set for a Feb. 18 release) is another variation on duo’s Americana roots, employing piano, hand-claps and a sleek double-vocal delivery that brings to mind a Roots-fueled version of LCD Soundsystem.

The band plays Ludlow Garage Friday, Nov. 19. Doors open at 7 p.m. and the show starts at 8:30 p.m. Shovels & Rope is requiring concertgoers to show proof of vaccination or a negative COVID test from the past 72 hours. Masks are encouraged.